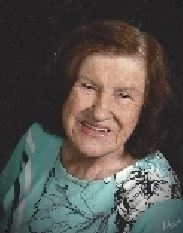 Letta Bishop 82 of Phoenix, AZ, passed away on September 15, 2017. Letta was born in Greece and came to AZ in 1968. She worked alongside her husband Angelo as a bartender and was named “Best Bartender” by the Phoenix New Times in 2003. She was beloved by all who knew her, and most just called her “Mama.” Letta was preceded in death by her husband Angelo and her daughter Pamela. She is survived by her son Evans and daughter-in-law Justine and her three grandchildren, in addition to her sister Soula and brother Kostas in Greece and many adoring nieces and nephews. Services will be held at Holy Trinity Greek Cathedral, 1973 E. Maryland Ave., in Phoenix on Thursday, September 21 at 10:00 am. All friends and family are welcome. Graveside services will follow. Arrangements entrusted to Whitney & Murphy Funeral Home.

Offer Hugs From Home Condolence for the family of BISHOP, LETTA