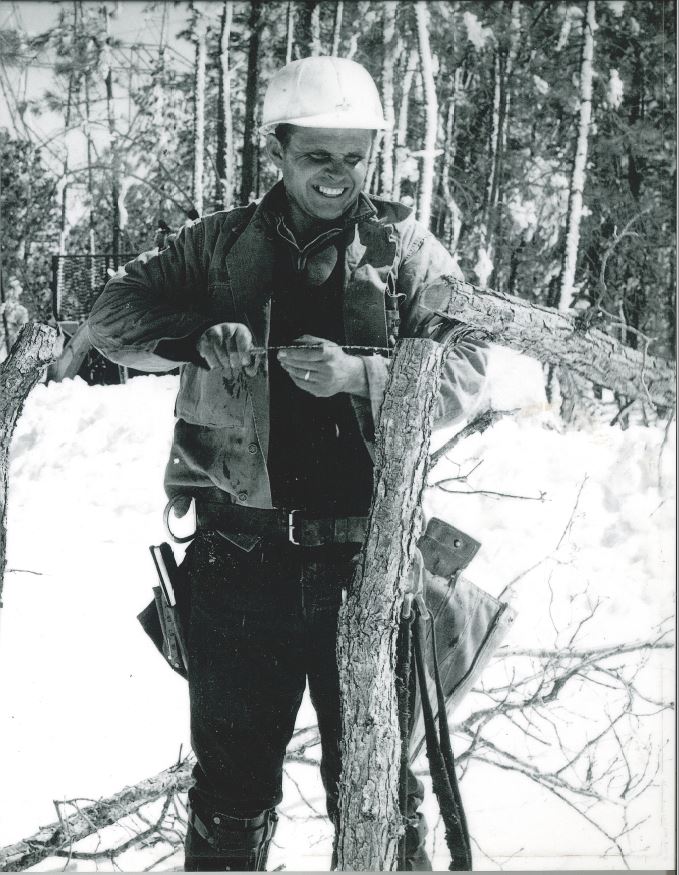 Jacky Blake never missed a practice, a game, or left a customer without power. He was born in Pitcher, Oklahoma on September 27th, 1935. When he was just six months old, Jack moved to Phoenix with his older brother Russell and parents Charles and Juanita Blake.
After losing his father in a mining accident when he was just six years old, Jack developed a passion for sports. He loved baseball as a youth throwing five no-hitters the summer before high school.

At West High Jack excelled, lettering in baseball and football all four years. After graduating in 1954, Jack enlisted in the army and was with the 537th Engineer Batallion. He was assigned as the company armor in Germany until he discovered the baseball team. The commander raised Jack’s rank after witnessing his passion for football. When Jack left the army, he traded his cleats for spikes and went to work for APS.
Shortly after returning to Phoenix, Jack discovered a cute little brunette, Rebecca Whitfill (Grandmother Pocahontas). They were married a year later at Brophy Chapel.
Jack continued his education majoring in mathematics and was awarded Arizona’s “Apprentice of the Year” in 1964. He loved line work; he was very devoted to the team and customer service at APS. Jack was a lineman and a foreman proudly serving as the union steward with the IBEW Local 387 and in management.
Jack retired after 33 years with APS. He was then able to follow his dream of farming at his Litchfield farm and propagation at his Dunlap greenhouses. He supplied his family nurseries with best in class propagated plants. Jack enjoyed his second career as a horticulturalist.
Jack’s true passion and love of life was his wife and family. Jack and Rebecca were blessed with four children, and he enjoyed his real vocation of coaching his children and hundreds of others on the ballfields of Sunnyslope. Jack lived a very happy life with his family and friends. He loved to sing and, like a happy canary, often started off at sunrise. His grandchildren voted Jack “The Best Yodeler West of the Mississippi.”

Jack was always his children and grandchildren’s number one fan. He never missed a game, play, concert, or dance performance, until there were three on his nightly schedule. Jack instilled in his entire family the importance of God, sports, hard work, commitment, perseverance, loyalty, honestly, and most of all love.
Jack left home to sing Auld Lang Syne with his father in heaven on December 28th, 2019.
Jack is survived by his loving family including his wife of 61½ years, Rebecca Grandmother Pocahontas; four children – Brian (Janis) Blake, Cindy Graber (Tom Howard), Frances Ducar (Bob Berens), and Leslie (Julie) Blake; 17 grandchildren – Matthew, Dustin, Lucas, Julia, John, Katie, Abigail, and Jack Blake, Addison and Taylor (Amy) Graber, Colin Howard, Dallas, Dillan, Dakota, and Becky Ducar, and Taylor Berens; Sister-in-law Mary Blake; and brothers Paul (Bernice) and Jimmy (Andrea) O’Dell. Jacky was proceeded in death by his parents, his brother Russell Blake, and his grandson Matthew Berens.
Visitation will be held from 5:30 – 7:00 PM, with a Rosary at 7:00pm, January 3rd, at Whitney and Murphy Funeral Home, 4800 E. Indian School Road. A Funeral Mass will be held at “High Noon” 12;00pm, January 4th at Brophy Chapel. Interment to follow at Saint Francis Cemetery 2033 N. 48th Street, Phoenix. Jack’s Celebration of Life will be held at Carlos O’Breins on 12th street and Northern following his interment.

Offer Hugs From Home Condolence for the family of BLAKE, JACKY