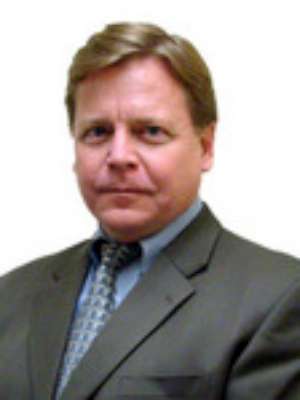 Lee Blake passed away Sunday, June 19th, 2016. He was 58. Lee was born on October 6, 1957 in Knox, Indiana to Louis and Patricia Blake. He lived in Fort Wayne with his parents and two brothers until heading off to college at Indiana University. He graduated in 1981 and moved to Phoenix, Arizona. Lee spent more than 10 years in sales and finance management in the auto business before attending law school at Arizona State University. The shift was natural; his deep-rooted sense of ethics, force and determination propelled him through the demanding curriculum and his winning Arizona State University’s Closing Argument Competition against the University of Arizona was just one of his numerous achievements. He graduated in 1995 and spent the next 20 years practicing law. His impact was profound. Lee was known for working hard, working smart and being a pillar of objectiveness, which spilled from the courtroom into his role as confidante and mentor to his family, friends and students. Lee has three children. Some of his best memories include taking them camping and on road trips as they all grew up. He was a loving, compassionate and deeply caring father who would drop it all to be by their sides when needed. They will miss his quick and searing wit, his passion for cooking and teaching them how and the many seasons spent together rooting for the Cardinals. Lee is survived by his mother Patricia; three children, Shannon, Brennan (Kristin) and Bridget; brother David; nieces and nephews David, Chris and Allison, along with countless friends. He is preceded in death by his father Louis and brother Thomas. Visitation will be from 3:00 – 4:00 P.M. with a Memorial Service at 4:00 P.M., Saturday, June 25, 2016 at Whitney & Murphy Funeral Home, 4800 E. Indian School Road, Phoenix. Memorials to fund a scholarship in Lee’s name can be sent to the ASU Foundation, Sandra Day O’Connor College of Law, Attention: Jo Hahne, 111 East Taylor Street, Phoenix, Arizona, 85004. His deep-rooted sense of ethics, force, and determination propelled him.

Offer Hugs From Home Condolence for the family of BLAKE, LEE P.