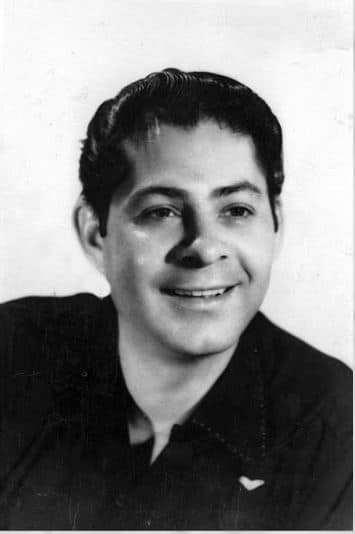 David Fuentes Blanco, 97, born Feb 28, 1923, of Phoenix Arizona, went home to be with Jesus. He passed peacefully on July 19, 2020.  He was loved by all who knew him, a peaceful man with a beat of his own drum. He served in the army during WWII in the Philippines as a corpsman. After WWII, he married in 1955 his beloved wife Nellie (Urias) Blanco who had three children Yolanda Solis (Timothy), David “Mark” Blanco (Norma), and Svetlana Madsen (Obadiah). He has 6 grandchildren and 2 great grandchildren.

He also attended the Culinary Institute of America studying to be a Sousse Chef in New Haven, Conn. He sang in the Phoenix Orpheus Male Chorus (Arizona’s Cowboy Ambassadors).  They recorded 2 albums.  The album in 1962 states “The Cowboy Ambassadors are not an unusual group of everyday Americans.  They love American first…they love the good life and their fellow man.  They are “We the People” and “The Voice of America” with the best of the rest of the world thrown in, and they’ll go anywhere to prove that ‘singing is better than fighting’.”  Later the group participated in the “Austrian International Song Festival.”  They were invited to attend the German Sangerbund, 100th Anniversary Celebration in Essen, Germany in 1962 and perform the national anthem for the New York Yankees.

David is preceded in death by his brothers and sisters Piedad, Margaret, Rutillo, Henry, and Grace.  His only surviving Sister Esther Ostic of Canyon Country, CA.   David worked for the United States Postal Service for 43 years.  He loved cooking and would sell his burritos and salsa at his favorite places.  When he was not working, he was an active gardener, photographer and loved to crochet with his cajones (inside joke).

He loved people of all nationalities, traveled to Europe, Hawaii, Philippines and throughout the US.  Funeral services will be held Friday, August 7, 2020 at 10:00 am at Whitney & Murphy Funeral Home, 4800 E. Indian School Road, Phoenix. Interment will follow at St. Francis Catholic Cemetery, 2033 N. 48th Street, Phoenix. A church service will be held on Saturday, August 8, 2020 at 10:00 am at Hillsong Mesa Campus, 655 E University Mesa.

The family would like to thank all the caregivers, nurses, doctors, VA Hospital and Clinic, who helped in his care throughout his life.

David’s favorite quote:  “You are a child of the universe no less than the trees and the stars; you have a right to be here.  And whether or not it is clear to you, no doubt the universe is unfolding as it should.  Therefore, be at peace with God whatever you conceive Him to be.  And whatever your labors and aspirations, in the noisy confusion of life, keep peace in your soul.  with all its sham, drudgery and broken dreams, it is still a beautiful world.  Be cheerful.  Strive to be happy.” by Max Ehrmann 1927 Desiderata.

The service will be live streamed Friday, August 7, 2020 starting at 10:00 am at https://www.facebook.com/WhitneyMurphyFH/live/

Offer Hugs From Home Condolence for the family of BLANCO, DAVID FUENTES