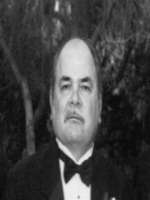 Richard R. Bogue (68) passed away on November 9th, 2012. He was a beloved Father, Grandfather, Brother, and Friend who was always willing to offer a helping hand. He will be dearly missed. Richard was born on May 3rd, 1944 in Phoenix, AZ to Thomas and Susan Bogue. He is survived by his 4 brothers, 3 sisters, 2 sons, and 5 grandchildren. Richard was a Phoenix Firefighter for 30 years and was named Firefighter of Year in 1977. A Memorial Service will be held on Monday, November 19th at 5:00 pm at Whitney & Murphy Funeral Home, 4800 E Indian School Road. Condolences may be offered at www.whitneymurphyfuneralhome.com.

Offer Hugs From Home Condolence for the family of BOGUE, RICHARD CHARLES