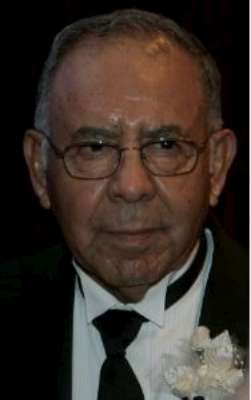 82, passed peacefully in his sleep on Saturday, March 7, 2015. Ralph was born in Phoenix, Arizona on December 13, 1932 to Frank Bojorquez and Sally Gomez. He leaves behind his wife of sixty-two years, Mary Lou Bojorquez, his sons, Allen (wife Linda), David (wife Sylvia) and daughters Susan and Sally (husband Rey Valenzuela, Jr.), nine grandchildren and eight great-grandchildren. Not only does he leave behind other family members, he also wanted it to be specially noted in his obituary that he also sadly leaves behind his best friend and brother-in-law, Alex Arvizu. Ralph proudly served in the United States Air Force and worked as a power lineman. Ralph not only brought power to Arizona, but, was a bright light to his family. Services will be held at Sacred Heart Catholic Church, 1421 S. 12th Street, Phoenix 85034 on Thursday, March 12, 2015. Visitation will be from 8:30 -10:00 AM with a Rosary set to begin at 9:00 AM. Funeral Mass will be at 10:00 AM. Interment will follow at St. Francis Catholic Cemetery.   Ralph was a devoted husband, an exceptional Father, a loveable Grandfather and an even more caring Great Grandfather. His time on earth was beloved and his absence from this world will have him truly missed.

Offer Hugs From Home Condolence for the family of BOJORQUEZ, RALPH