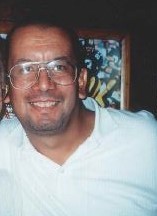 Stephan Martin “Steve” Bojorquez was called to be with the Lord on May 16, 2017. He is survived by his mother Carmen and brothers Ronald + Richard. He’s reunited in heaven with his father David and little brother Davey. Steve was a kind man, loved by many and was a fervent Cardinal fan…he will be greatly missed by all. Especially by his mother. Funeral Mass will be held at 10:30 A.M. on Tuesday, May 23, 2017 at St. Agnes Catholic Church, 1954 N. 24th Street, in Phoenix. Interment to follow at St. Francis Catholic Cemetery, 2033 N. 48th Street, in Phoenix. Arrangements entrusted to Whitney & Murphy Funeral Home.

Offer Hugs From Home Condolence for the family of BOJORQUEZ, STEPHAN MARTIN “STEVE”