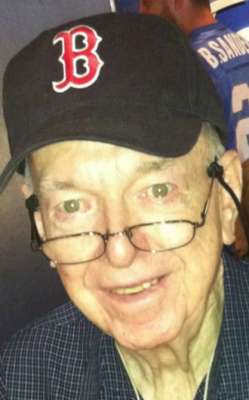 83, of Phoenix, passed away December 17, 2015. He was born in Buffalo, New York on October 5th, 1932 to Thomas J. and Irene Boland. Thomas attended Canisius High School in Buffalo and St. Bonaventure University in Olean, New York.  He served during the Korean War as a First Lieutenant.  Thomas moved to Arizona in the summer of 1976 and spent the next 40 years in the insurance industry. He was married for 49 years to Joan Boland, who proceeded him in death in 2007. Thomas was also proceeded in death by his parents, sister Frances, brothers Clifford and Paul and his son Thomas G. He is survived by daughters Fran (Michael), Mary, Joanne (Kurt), and son Daniel (Cynthia), as well as his 4 grandsons, Jeremy, Jacob, Henry and Ezra. A Funeral Mass will be held Monday, December 28th at 10:00 am at St. Francis Xavier Catholic Church, 4715 N. Central Avenue, Phoenix, AZ. In lieu of flowers, donations may be made to Comprehensive Hospice. Arrangements entrusted to Whitney & Murphy Funeral Home.

Offer Hugs From Home Condolence for the family of BOLAND, THOMAS WILLIAM