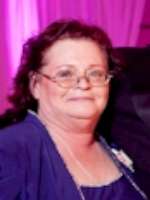 Pamela June Bolwar was born on September 28th, 1953 in Rapid City, South Dakota. Pamela’s father, Duane Andrew Bolwar Sr. was in the United States Air Force so the family travelled around the United States when she was young. From South Dakota she moved to Maine for a year, then to Sacramento, California where her Brother Andy was born and from there the family moved to Hawaii for approximately four years where Pamela started grade school. Then Pamela moved back to Iowa where both her parents were from and graduated from Davenport West High School. Pamela moved to the valley in 1982. Pamela June Bolwar a loving daughter, sister, mother, grandmother and aunt peacefully passed away in the early morning of November 23, 2012 at Hospice of the Valley in Scottsdale, Arizona. Her brother Andy, her sister in law Logan, her son Chris and her good friend Donna were by her side as she left this earth to join The Lord in Heaven. She suffered a brief and hard battle with lung cancer. She bravely fought her disease for 11 months. She is survived by her mother Marianne Rodenberg, her brother Duane Andrew Bolwar Jr., her son Chris Bolwar, her daughter Deanna Thompson, her grandson Andrew Bolwar, her grandson Bryant Bolwar, her granddaughter Alexis Bolwar, her granddaughter Deja Bolwar and her grandson Malik Issac. She is preceded by her loving father Duane Andrew Bolwar Sr. and her loving stepfather Victor Rodenberg. Pamela will be dearly missed by her family and friends. Pamela will be known for her dry sense of humor and her wiliness to give up whatever she had to make someone happy. A Memorial Service will be held on Wednesday, December 5, 2012 at Whitney Murphy Funeral Home located at 4800 E. Indian School Road, Phoenix, AZ 85018 at 4 PM. In lieu of flowers donations can be made in Pamela’s behalf to Hospice of the Valley, 1510 E. Flower Street, Phoenix, AZ 84014.

Offer Hugs From Home Condolence for the family of BOLWAR, PAMELA JUNE