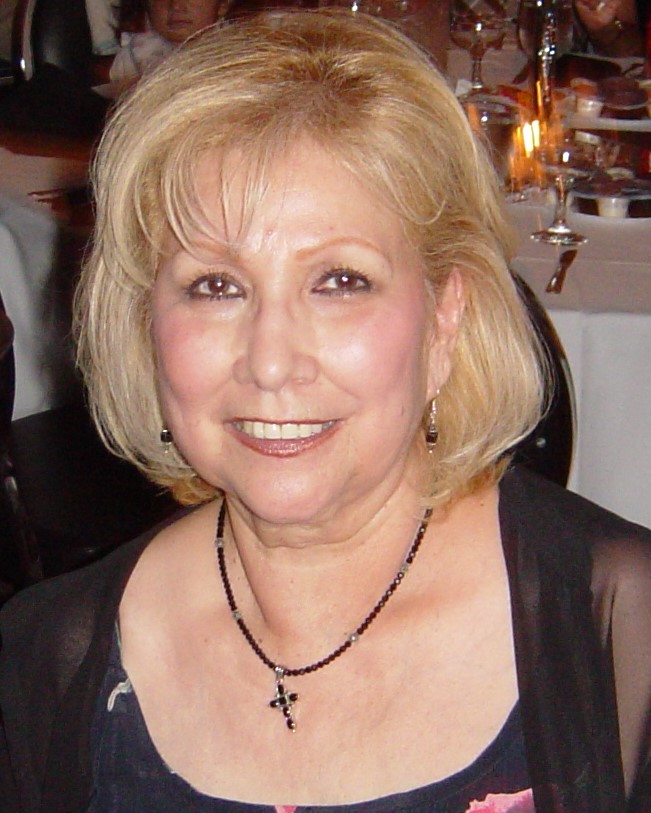 Erma Linda Bonillas, 78, entered into our Heavenly Father’s arms on July 28, 2018 while in the hospital fighting numerous medical conditions. She died peacefully surrounded by her loved ones.
She leaves behind her children: Mike (Susana), Gary, Lisa (Michael), Darryl (Patricia), Alan, David (Robin). Her siblings: Raymond, Arnold, Eleanor and Arcenia. Her grandchildren: Suzanne, Michael, Jennifer, Cecillia, Dominique, Alan, Adam, Monica, Darryl, Gabriella, Christina, Cassandra, Anthony, Alana and Alancito. Her great grandchildren: Angelina, Peyton, Jacob, Santiago, Viviana, Myles and Adaline.
She is preceded in death by her parents Raymundo and Ophelia, son Charles Jr., sister Alice and brother Francisco.
Erma was born in Phoenix, Arizona on June 5, 1940 and was a 3rd generation Arizonan. She married at age 19, had seven children, became a single mother and began working. Erma was highly intelligent, had great common sense and strong interpersonal skills. Starting from an entry level position, she retired as the QA Operations Manager for Quadri Corporation. Since childhood, Erma endured numerous battles associated with rheumatoid arthritis (RA). Erma did not allow RA to get in the way of her responsibilities as a provider/mother and her children are forever grateful to her. We called her our bionic woman because nearly every joint in her body was replaced with artificial joints. She instilled a strong foundation in the Catholic faith for her children while steadfastly strengthening her own. Erma brought so much joy and laughter to numerous friends and family members and everyone who met her fell in love with her amazing strength and beautiful soul. Although the RA limited her physical abilities, she had the strongest spirit and mind of anyone in our family.
The Viewing will be held on Friday, August 3, 2018 at Whitney & Murphy Funeral Home, 4800 E. Indian School Road, Phoenix, from 4:00 P.M. to 7:00 P.M. with a Rosary Prayer beginning at 6:00 P.M. Funeral Mass will be celebrated on Saturday, August 4, 2018 at St. Thomas the Apostle Catholic Church, 2312 E. Campbell Avenue, Phoenix, at 10:30 A.M. In lieu of flowers, the family encourages donations in her name to be made to the Rheumatoid Arthritis Foundation at https://www.helpfightra.org/donations/ . Condolences may be expressed at www.whitneymurphyfuneralhome.com

Offer Hugs From Home Condolence for the family of BONILLAS, ERMA LINDA