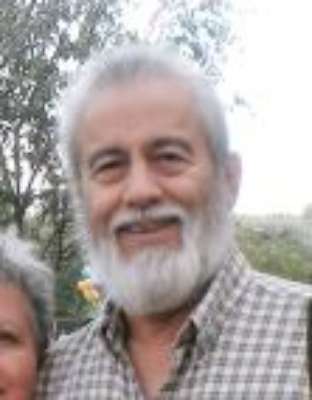 Daniel Gustavo Bonn, age 72, died Tuesday, January 14th, 2014 in Tempe, AZ. Born April 17, 1941 to Gustavo and Mercedes Bonn in Ajo, AZ.  Daniel married Patricia on June 17, 1967.  He began working at Earl’s Market, in Scottsdale, AZ with his Dad, Gus and later worked for Southern Pacific/Union Pacific Railroad in January of 1971 where he remained until his retirement in January of 2007, after 35 years of service. Daniel’s passion for learning and the draw of a good challenge remained a constant thread throughout his life.  However, his faith in God and unlimited love for his family defined the man he was. Daniel is survived by his wife Patricia, daughters Maria (Patrick), Katherine (Dan), Margaret (John), and Rachel, his five grandchildren and his brother David. Visitation will be held from 6:00 -7:00 P.M. with a Scripture Service at 7:00 P.M., Tuesday, January 21, 2014 at Whitney & Murphy Funeral Home, 4800 E. Indian School Road, Phoenix.  Funeral Mass will be at 10:00 A.M. Wednesday, January 22, 2014 at Resurrection Catholic Church, 3201 S. Evergreen Road, Tempe.

Offer Hugs From Home Condolence for the family of BONN, DANIEL GUSTAVO