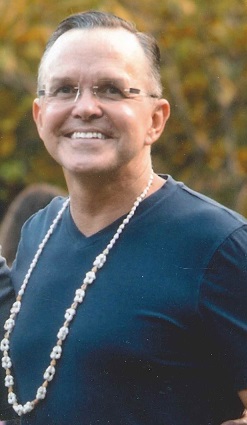 David Alan Borba, D.D.S. died peacefully on April 27, 2017 in his room at Hospice of the Valley after a sixteen-month bout with ALS. David was born on May 20, 1960 in Fresno, California to Harvey and Judeane Borba. An inquisitive, intelligent child, David grew up with many friends and acquaintances – a trait he cultivated throughout his life. He graduated from the University of Iowa dental school and went on to specialize in prosthodontics. He moved to Phoenix immediately after and met his partner of 27 years, Bill, who was the love of his life. David immediately made a vast circle of friends who always enjoyed his gentle teasing (throwing ice, cockroaches hidden for unsuspecting employees) and his genius for giving them nicknames: TDK, Trixie, Ke$ha among others. David had a penchant for travel visiting towns and countries from Sydney to an underwater restaurant in the Maldives to Cape Town. Part of the fun for him was getting there. He loved airplanes and one of the highlights of his life was when Bill surprised him for his 40th birthday by flying him to Paris on the Concorde. He also enjoyed cruising and was planning a Panama Canal cruise before his untimely death. David was dead serious and skilled in his profession and had the most loyal employees and patients he could have asked for. He loved them like family and was generous and kind to everyone. After his forced retirement due to the disease, he was inundated with cards and letters wishing him well from his patients and friends. His generosity was not only reserved for his employees, friends and family but he practiced pro bono for some and volunteered to developing countries for their dental health. He was preceded in death by his mother and father and is survived by his partner Bill and brother Jace. A Mass of the Resurrection will be celebrated at the Franciscan Renewal Center in Phoenix on Friday, May 19 at 3:00 pm with a reception to follow. In Lieu of gifts or flowers, the family asks donations made to the ALS Association Arizona Chapter.

Offer Hugs From Home Condolence for the family of BORBA, DAVID ALAN