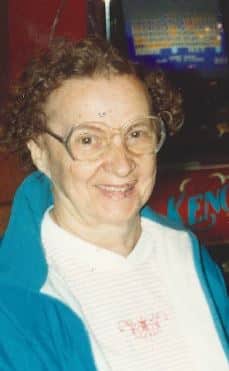 Clementine passed away peacefully in her sleep on Tuesday, October 25, 2022 at the age of 98. She was a devoted wife and mother.

Clementine was born to Maryanna and Anthony Mrozowski on December 5, 1923. She graduated from Academy High School in Erie, Pennsylvania. On September 6, 1943, she was married to Vincent Borkowski in Erie. In June of 1960 they moved with their two children to Phoenix, Arizona.

Offer Hugs From Home Condolence for the family of BORKOWSKI, CLEMENTINE MARIE