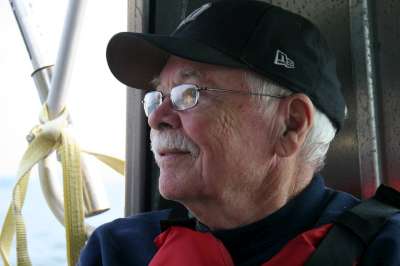 Charles William “Charlie” Boyce, 78, died at home in Scottsdale, AZ on May 20, 2015, in the loving presence of his wife of 59 years, Sonia Tate Boyce, and his best canine pals, Muggs and Misty. Charlie was born in Michigan to Charles Patrick and Elizabeth (Moore) Boyce. He found and married the love of his life early in life, and together they raised three daughters. The business of child-rearing behind him, Charlie, together with his wife, embarked on a life of adventure. Membership in a motorcycle club devoted to good works and residence in Mexico were among those adventures. The move to Scottsdale was the beginning of a long term of community service as president of his homeowners association. His repeated reelection is a testament to how well he served his community. Charlie is survived by his wife Sonia, as well as two of his three daughters, Kimberly Boyce and Suzanne Gatewood. He is preceded in death by his middle daughter, Nance Coen. Charlie also is survived by his grandchildren, Michael Craig, Jessica Fox, Danielle and Ally Coen, Chloe Rutledge, and by his great-grandson, Jackson Craig. The family requests that any donations be sent to the American Cancer Society.

Offer Hugs From Home Condolence for the family of BOYCE, CHARLES WILLIAM “CHARLIE”