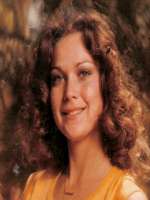 ‘Keep Hope Alive’ – Cindy Jo Boyce-Gorris, 54, of Phoenix, Arizona, was granted her angel wings on November 7, 2013.  Cindy was born January 14, 1959, in Phoenix, Arizona. She is survived by her loving husband Roy; her parents Carmel and Joseph Boyce; son’s Michael, Colton, Austin, daughter Porscha; grandchildren, Hailey, Kiley, Kaitlyn , Mickey , Madie, Curtis and brothers; Frank and Curtis. Cindy graduated East High in 1977 and after finishing her two year college she has held several accounting occupations. Her interest included family and celebrating the Christmas holiday season. She devoted much of her time to her family and was the voice of reasoning. Cindy was a twice cancer survivor and her strength has been a source of inspiration and motivation to many. She has touched each and everyone in the most profound way by her uplifting spirit and her can do attitude.

Offer Hugs From Home Condolence for the family of BOYCE-GORRIS, CINDY JO