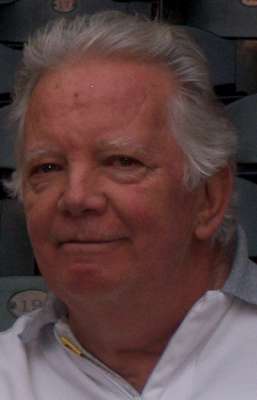 William Edward “Bill” Boyce, age 80 of Phoenix, AZ, passed away on Sunday, February 22, 2015.  Bill was born to parents William E. and Mary Conroy Boyce in Plainfield, NJ on July 13, 1934.  He graduated with a B.S. degree from St. Peter’s College and then proudly served his country from 1956 to 1962 as a Specialist in the U.S Army.  He was a stockbroker for most of his career before retiring in 2001.  He is survived by his son Clete, daughter Tracy Renault, stepdaughter Sussoni Allen, and his 4 grandchildren Weslie, Carlie, Jazmine and Thomas.  He is also survived by his beloved sister Dolores and first wife Norma. He was preceded in death by his loving wife of 21 years, Janny Davis Boyce. Bill touched many lives with his great sense of humor and will be dearly missed.  A Celebration of Life will be held for Bill at 2:00 PM on Saturday, February 28th, 2015. Please contact Tracy for details at (480) 845-8911. In lieu of flowers, donations in his name may be made to Hospice of the Valley, 1510 E. Flower Street, Phoenix, AZ 85014. Arrangements entrusted to Whitney & Murphy Funeral Home.

Offer Hugs From Home Condolence for the family of BOYCE, WILLIAM EDWARD “BILL”