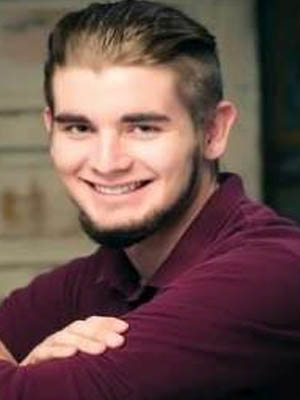 James Alexander Boyd II, 19, passed from life on earth to life in heaven with His Savior, Jesus, on Sunday, October 4, 2015. James loved music and had a deep sense of rhythm and harmony in his music as a composer, songwriter, singer and accomplished pianist. He found joy in playing the acoustic and bass guitar and the drums. Acting was another one of James’ passions, and he performed in several musical theater productions in his high school and with Christian Youth Theater. Two of his favorite roles were Fiddler on the Roof as Tevye and You are a Good Man Charlie Brown as Charlie Brown.

A young man of few words, who some may have considered a serious person, also had a playful sense of humor that surfaced with a sparkle in his eyes that spoke “Who me?” when he delighted in pulling pranks. A brave, inquisitive young man was not only a faithful friend, but also one who would go out of his way to help others no matter how busy life seemed to be.

James is survived by his parents, James and Lori Boyd, his siblings, Rebecca, Ashley, Brian and his wife Megan, and Jana and her husband Domingo, his six nieces and nephews, his grandmothers, Irene Boyd and Jacqueline Edgley, as well as numerous aunts, uncles and cousins.

The family invites your support of Christian Youth Theater (www.CYTphoenix.org) and Rosie’s House (www.rosieshouse.org) as organizations where donations may be given in memory of James Alexander Boyd II.

Offer Hugs From Home Condolence for the family of BOYD, JAMES ALEXANDER II