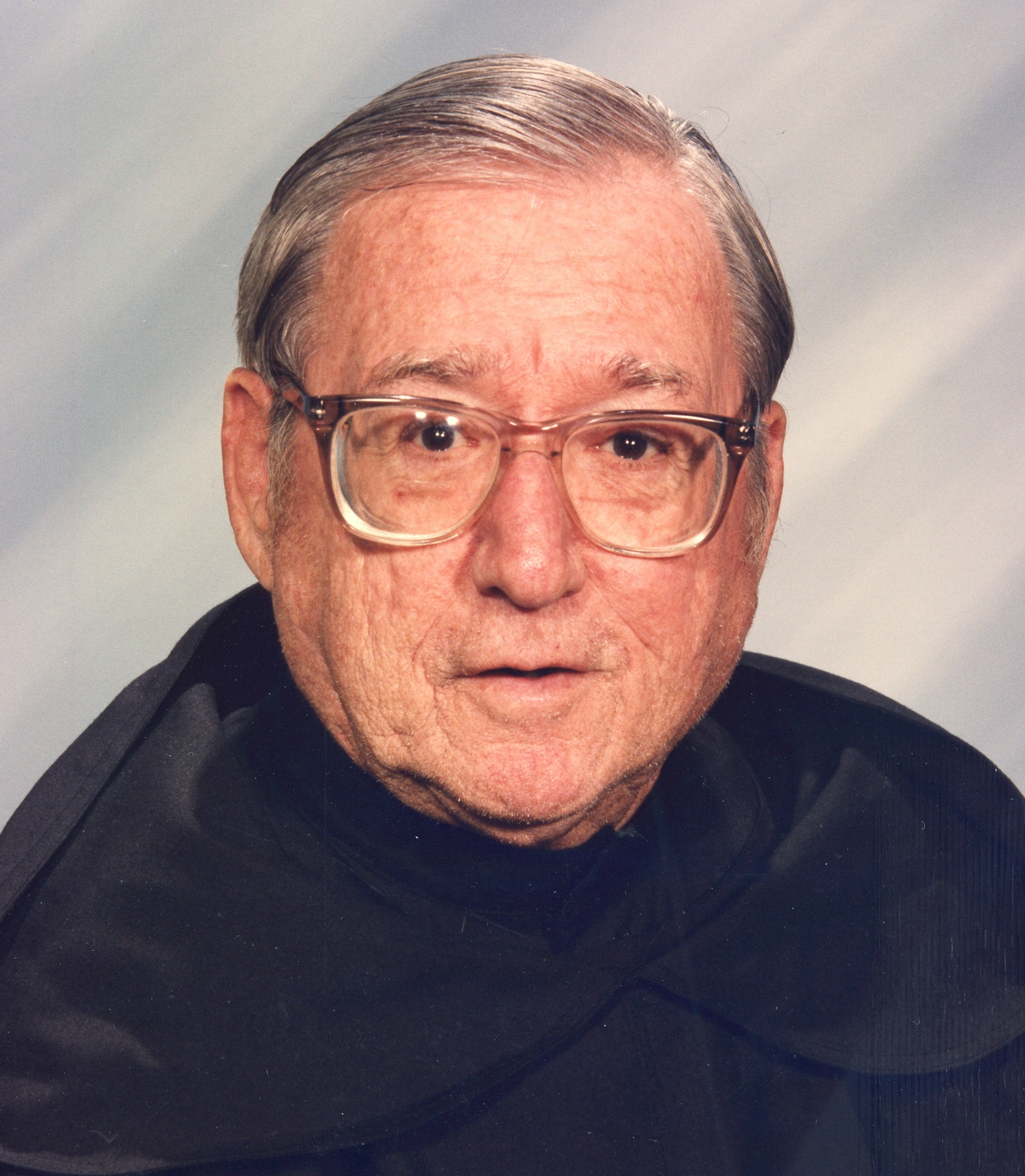 (January 26, 2018; Darien, IL) The Province of the Most Pure Heart of Mary, Order of Carmelites, mourns the death of the Reverend Silvan Boyle, O. Carm., who died at the age of 94 on Friday, January 26, 2018, at his residence in Phoenix, Arizona.
Visitation for Father Silvan will be held on Monday, January 29, at St. Agnes Catholic Church, 1954 North 24th Street, Phoenix, Arizona, beginning at 5PM. Visitation will be followed by the wake beginning at 7PM. Father Silvan’s funeral will be held at 10AM on Tuesday, January 30, at St. Agnes Catholic Church, with burial to follow at Holy Cross Catholic Cemetery, 9925 West Thomas Road, Avondale, Arizona.
Father Silvan was born to (the late) Francis W. Boyle and (the late) Mary Agnes (Hughes) Boyle on June 10, 1923, in Pittsburgh, Pennsylvania. His name at baptism was Francis William Boyle. He was preceded in death by his brothers Thomas, William, James, and Ralph, and by sisters Mary Agnes McCracken, Alice Mitchel, and Dolores Sinneway. He is survived by his nieces and nephews and his Carmelite brothers.
Francis attended Saint Catherine Parish School in Pittsburgh, Pennsylvania, before entering Mount Carmel Junior Seminary in Niagara Falls, Ontario, in September 1937. He entered the Carmelite Novitiate in New Baltimore, Pennsylvania, in 1941 and professed simple vows to the Carmelites in the Province of the Most Pure Heart of Mary on August 15, 1942, taking the religious name of Silvan. He earned a bachelor’s degree at Mount Carmel College in Niagara Falls, Ontario, and on October 7, 1945, Silvan made his solemn profession with the Carmelites. He then attended Whitefriars Hall and the Catholic University of America in Washington, DC, studying theology and education. He was ordained a priest on June 8, 1948.
Father Silvan began his ministry as a teacher in 1949 at Mount Carmel High School in Chicago, Illinois, where he served for eleven years. He also served in the Chicago State University registrar’s office for three of those years. In 1960 Father Silvan was began teaching at the Carmelite Junior Seminary in Hamilton, Massachusetts. Then, in 1967, he went to Lima, Peru, to study Spanish and teach at the Colegio Nuestra Señora del Carmen while also serving as associate pastor of Nuestra Señora del Carmen parish. In 1977 he became parochial vicar at Nuestra Señora del Carmen/Santa Teresita Parish in José Galvez where he served for the next six years.
In 1983 Father Silvan returned to the United States and served as parochial vicar at St. Gertrude Parish in Stockton, California, while simultaneously serving as the local vocation director for the province. After a brief sabbatical in 1988 at the Carmelite Institute of Renewal in Rome, Italy, in 1989 he began serving as parochial vicar at St. Raphael Parish in Los Angeles, California and then as parochial vicar at St. Agnes Parish in Phoenix, Arizona. In 1996 he was assigned as parochial vicar at St. Albert Parish in Houston, Texas, for two years before returning to St. Gertrude Parish in Stockton, California, to begin his retirement. In 1999 Father Sylvan moved to the Carmelite House in Phoenix, Arizona, where he remained until his death.
May he rest in peace.
For further information on the Reverend Silvan Boyle, O. Carm., or the Order of Carmelites contact Carmelite Media at (630) 971-0724 or visit the Carmelite website at www.carmelnet.org.

Offer Hugs From Home Condolence for the family of BOYLE, SILVAN