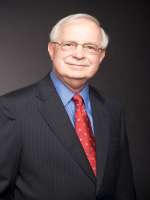 O M Brack, Jr. (1938-2012) One of America’s great bibliographers and a highly respected specialist in the field of eighteenth-century British literature, O M Brack, Jr. died on November 8, 2012. Called “Skipper” by his parents to differentiate him from his father who was also named OM (pronounced O, M, as though the letters were initials), Brack was known as “Skip” to his many friends and associates in his adult years. To some of these friends and to all the other scholars who cited his work, the absence of periods in what appeared to be the initials of his name was an enduring puzzle. Skip’s work, however, was devoted to various kinds of clarification. He was a textual editor par excellence, skilled at comparing the extant states of a published work and deciding which printing should be followed in a definitive scholarly edition. With a skill that few could match Skip could distinguish between those variants, in a long list of possibilities, which should be included in the text and which should be consigned to alternatives listed merely in the textual apparatus. He employed his skill in the construction of several of the most important editions of eighteenth-century writings published in the last fifty years. He was the founding editor responsible for the text in the Works of Tobias Smollett (1988-2013) and he prepared the text for volumes 11-13 of the Yale Edition of the Works of Samuel Johnson (2012) to name just two of his most important achievements. He was both textual editor and commentator in the publication of many other works, including volume 17 of the Yale Johnson (2004) and Sir John Hawkins’s Life of Samuel Johnson (2009). He was still at work on volumes 19 and 20 of the Yale Johnson at the time of his death, and, as ever, throughout his career, he had several other works in progress. Skip published many of his works in collaboration with other scholars. From Samuel Johnson’s Early Biographies of Samuel Johnson, with Robert Kelley (1971) to volumes 5 and 6 of The Piozzi Letters, with Edward and Lillian Bloom, to the final volumes of the Yale Edition of Samuel Johnson, with Robert DeMaria, Jr., Skip enjoyed the fellowship, and very often the mentorship, involved in working with others. Dozens of his scores and scores of articles and books were written in collaboration with scholars who were his friends or, as they invariably did, became his friends in the course of the collaboration. He was a generous, patient, and gentle partner in bibliographical and editorial work. Collaboration came easily to Skip because he was ever a student and a teacher. After earning a B.A. at Baylor in 1960, he wrote a Ph.D. dissertation under William Todd, a great bibliographer, at the University of Texas, Austin. He taught at the University of Iowa from 1965-73 and directed the Iowa Center for Textual Studies most of that time. In 1973 he moved to Arizona State University where he taught until his retirement in 2008. The number of Ph.D. and M.A. dissertations that he directed rivals (but does not exceed) the long list of his own publications. He taught students and colleagues (who were sometimes former students) the science of bibliography and changed the careers of many of them. With all his learning, he also demonstrated that a scholarly life could be a life of friendship, generosity, and love. In addition to hundreds of colleagues and students, Skip is survived by his wife Cynthia Burns, his son Matthew, his grandson Jakob, his brother Richard, and his nieces and nephews. A Requiem Mass, officiated by the Reverend Canon Mark Sutherland, will be held at Trinity Episcopal Cathedral; 100 West Roosevelt; Phoenix, AZ on Saturday, November 17th at 11:00 a.m. Memorial donations may be sent to The Huntington Library; Attention: Cris Lutz; Library Fund – O M “Skip” Brack, Jr.; 1151 Oxford Road; San Marino CA; 91108

Offer Hugs From Home Condolence for the family of BRACK, O M JR