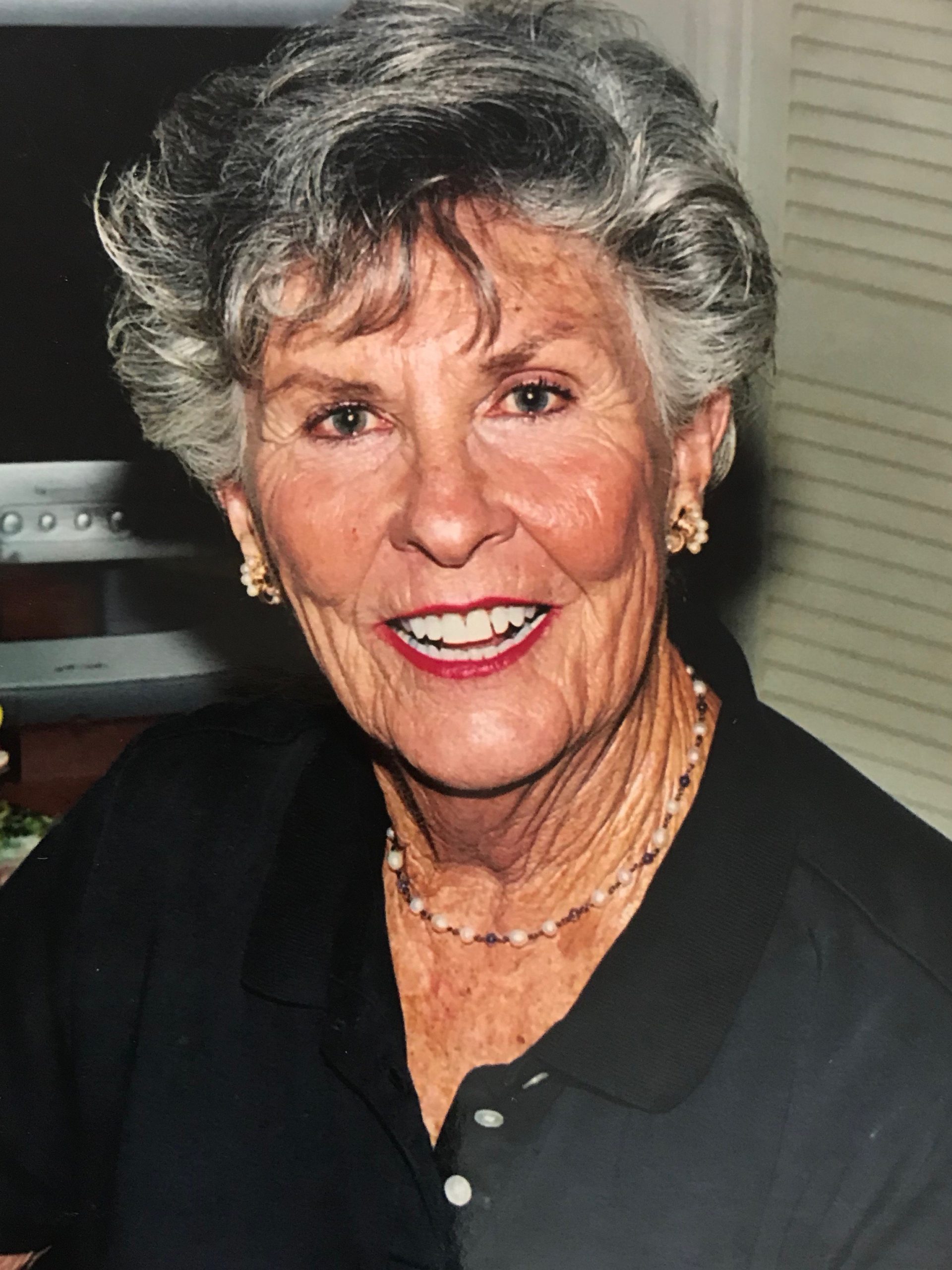 Artist, wife, and beloved mother Damaris Riddell Bradley (“Dee”) passed away in her sleep on June 15, 2020 here in the Valley of the Sun. She was born in Scottsbluff, Nebraska in 1931, and was the second daughter of Dr. Ted E. Riddell and Miriam Riddell of Scottsbluff.

Damaris was inspired to become an artist as a young girl, and she graduated from Scottsbluff High School in 1949. She was a beautiful woman both inside and out, and she was chosen as the Scottsbluff Jubilee Queen in 1950 to celebrate the 50th anniversary of the founding of Scottsbluff. She was also honored to be chosen as a Princess of the American Royale, a University of Nebraska Beauty Queen, and an Inter-Fraternity Sweetheart. She studied art education at the University of Nebraska and later taught art. She was a member of the Delta Gamma Sorority, the Delta Art Honorary, and the Alpha Kappa Delta Sociology Honors Society.

After graduating from the University of Nebraska in 1953, Dee married Donald Bradley, also of Scottsbluff, and they moved to Cedar Rapids, Iowa, where she taught art to students in grades four through six at Garfield School. Soon after their first child, Sandra, was born, Dee and Don moved to Nashua, N.H. in the fall of 1955, where Don worked at Sanders Associates and where their sons Michael and Mark were later born.

Dee and her family attended the Church of the Good Shepherd Episcopal Church in Nashua where she taught Sunday school for many years. She enjoyed reading and had a great love of good music. Dee kept up with political and current events. In 1964, she was the Nashua Women’s Chairwoman for Senator Barry Goldwater’s Presidential Campaign. Dee was an avid skier, golfer, tennis player, diver, and swimmer throughout her life. She enjoyed all these sports with her husband and 3 children for many years.

In 1974, Damaris and her family moved to Scottsdale, Arizona, where her husband Don began a new job working for Motorola. After her children graduated from college, she converted half of the garage into an art studio and completed many oil paintings as well as pieces of stained glass. Dee was an excellent homemaker and had a green thumb. She loved growing flowers and did the yard work along with her husband. Dee loved being a mom, a grandmother, and a great-grandmother.

A small, private “Celebration of Life” Service (due to Covid-19 restrictions) will be held on Saturday, July 18, 2020 at 10:00 a.m. The service will be live streamed online at 10:00 a.m. on the Whitney and Murphy Funeral Home’s Facebook page for friends who cannot attend the service. In lieu of flowers, donations may be made in tribute to Damaris at St. Mary’s Food Bank at www.firstfoodbank.org or by mail to St. Mary’s Food Bank at 2831 N. 31st Ave., Phoenix, AZ 85009-1518. Condolences and Hugs from Home may be expressed at www.whitneymurphyfuneralhome.com

Offer Hugs From Home Condolence for the family of BRADLEY, DAMARIS RIDDELL