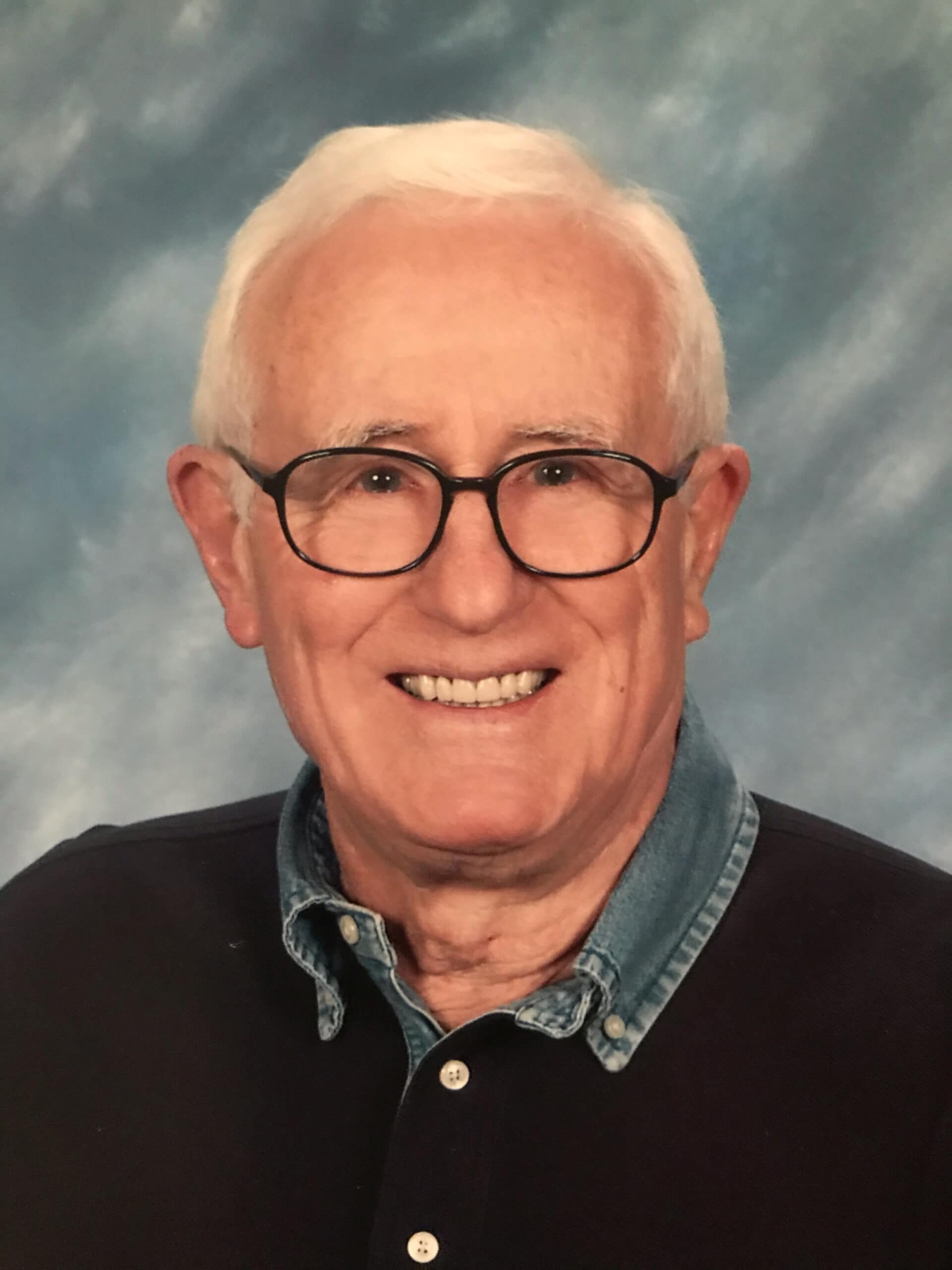 Beloved husband, father, and grandfather Donald James Bradley “Don” passed away at his home near Phoenix on Sept. 22, 2020. He was born in York, Nebraska in 1927, and grew up in the small town of Lyman, Nebraska, where his father and mother homesteaded a farm near Nebraska’s border with Wyoming. His father died when he was only six years old, leaving his mother to raise him and his two sisters.
In Lyman, Donald delivered newspapers, worked at Decker’s General Store, and played football before he and his family moved to nearby Scottsbluff, where he graduated from high school in 1945. Upon graduation, he enlisted in the U.S. Merchant Marine and later joined the U.S. Navy, where he worked on radios and other electronic equipment on Navy airplanes.
After being discharged from the U.S. Navy in 1948, Donald returned to Scottsbluff, where he began dating a high school senior named Damaris. Don and Damaris continued dating for the next four and a half years while they both attended the University of Nebraska in Lincoln, where Donald earned a degree in electrical engineering. In 1953, they married and moved to Cedar Rapids, Iowa, where Donald began working for Collins Radio, which made many of the radios that he worked on while he was in the Navy.
After their daughter Sandy was born in 1955, Donald and Damaris moved to Nashua, N.H., where Don worked at Sanders Associates for 18 years and where their two sons Michael and Mark were born. Donald and Damaris loved being physically active and spending time with their children. They were avid skiers, golfers, swimmers, and tennis players. Their children have wonderful memories of time spent with their parents on the ski slopes and swimming. Don was also a diehard Nebraska Cornhusker football fan. He was active on the vestry at the Church of the Good Shepherd Episcopal Church in Nashua and shared his great love of music with his family.
Don moved his family to Scottsdale, Arizona, in early 1974 where he began working for Motorola. He continued to hike and ski with his family and played tennis regularly well into his 70s. He and his wife loved spending time with their six grandchildren. Donald was preceded in death by his parents, his wife and his sisters Juanita Palfey (Steve) of Fairfield, CA, and Pat Bradley of Aberdeen, ID. He is survived by daughter Sandy Billington of Phoenix, and sons Michael Bradley of Scottsdale and Mark Bradley (Kym) of Salt Lake City. He is also survived by his six beloved grandchildren, three beloved great-grandchildren, and other beloved extended family members.
A small, private “Celebration of Life” Service (due to Covid-19 restrictions) will be held on Tuesday, November 17, 2020 at 11:00 a.m. The service will be live streamed online at 11:00 a.m. at: https://www.facebook.com/WhitneyMurphyFH/live/ for friends who cannot attend the service. In lieu of flowers, donations may be made in tribute to Donald at St. Matthew Catholic School at www.stmatthewaz.org or by mail to St. Matthew Catholic School at 320 N. 21st Drive, Phoenix, AZ 85009. Condolences and Hugs from Home may be expressed at www.whitneymurphyfuneralhome.com.

Offer Hugs From Home Condolence for the family of BRADLEY, DONALD J.