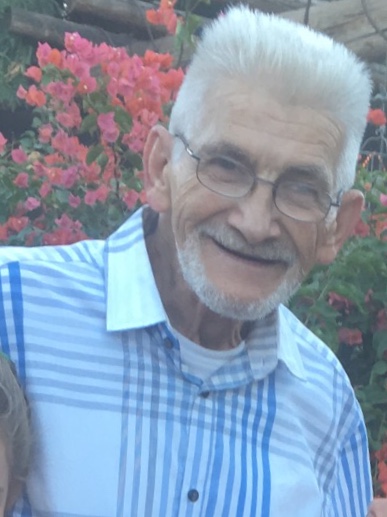 Daniel Robert Brandsey, age 69, a long time resident of Phoenix, AZ. Passed away surrounded by his loving family on April 22, 2019 after battling liver cancer. Born in Trenton MI on September 19, 1949. Daniel was raised in Riverside California where he enjoyed much of his life. Daniel was very caring, loving , generous human being. He was always there to help anyone in need. He was an amazing , wonderful , extremely loving husband , father , grandfather and brother. Daniel was a veteran of the US Army and served in Germany. Following his military service, Daniel became a Barber. Daniel had a passion for doing hair and it showed in his work. He won competitions at international hair shows running with the best of the best and was a platform artist for Redkin and Wahl Clipper Co. Daniel owned many hair salons in Riverside. He loved music and playing the guitar. He and Peggy raised 3 beautiful children Vincent, Danielle and Tiffiny. Daniel moved to Arizona in 1997. He will be remembered as an animal lover and rescuer. People often sought Daniel out to receive his guidance and direction. He loved life and was dedicated to his family. He was loved and respected by all who knew him. He will be greatly missed by those he loved and those who loved him. He is survived by Wife Peggy Brandsey; daughters Tiffiny Brandsey and Danielle Manning son in law Steve Manning and; sister Brandi Zocholl and brother in law Zoli Zocholl; half brothers Robert Stifter and Harvey Brandsey JR; sister in law Donna Brandsey; half sister Mimi Brandsey; grandchildren Lacy Brandsey, Tyler Manning and Renee Manning. Daniel was preceded in death by his parents Harvey and Lucille Brandsey and his brother Tommy Brandsey and his step son Vincent Madia.

Offer Hugs From Home Condolence for the family of BRANDSEY, DANIEL ROBERT