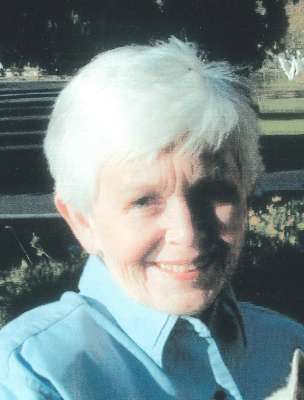 Joanne Branigan was born on October 9, 1930, in Amboy, Illinois, to Kathryn and Frank Branigan. She passed away on July 18, 2017, in Phoenix, Arizona. Joanne was the youngest of four daughters: Helen, Kathleen, Mary Louise and Joanne. She grew up in Amboy, IL where she graduated from Amboy Township High School and moved to Phoenix in 1949. Joanne attended Phoenix College and graduated from Arizona State College in 1952. Her first teaching assignment was in Chandler, Arizona, followed by one year in Hawaii and thirty-two years teaching third grade in the Washington Elementary District. As an associate member of the Phoenix Press Club, Joanne was pleased to meet President Lyndon Johnson and Lady Bird. She also was excited to attend a banquet featuring Bobby Kennedy. During her summer breaks she enjoyed traveling to Europe, Asia, Ireland, Hawaii and many places in the U.S. One of her favorite destinations was back to her hometown of Amboy visiting family which afforded her the opportunity to take in many Cub’s games at Wrigley Field. Also in Amboy, she and her three sisters created the Frank and Kathryn Branigan Scholarship for Amboy High School students to honor their parents’ emphasis on education. Since moving to Phoenix, Joanne has been a parishioner of St. Francis Xavier Church. She worked in the Marian Shop there and served on the Board of Directors. Joanne also volunteered at St. Vincent de Paul. One of her special hobbies was needlework; all of the family enjoyed receiving Christmas stockings, pictures, ornaments and other handcrafted items. Joanne enjoyed playing party bridge and socializing. She loved to entertain, adorning her home with seasonal decorations, especially on St. Patrick’s Day. Even her Westies had their own green attire. If possible, Jo would have trained them to do an Irish jig. Her annual Christmas party was a highlight of the season for many friends. Over the years she and her sister Mary Louise enjoyed spending their summers at their cabin in the cool pines of Munds Park. Joanne was preceded in death by her sister Helen Glessner. She is survived by her sisters Kathleen and Mary Louise of Phoenix; nieces Karen Timberlake (Dale) of Phoenix, Linda Disney (Bill) of Dixon, Illinois and nephew Jack Glessner (Debbie) of Flemington, New Jersey. Additionally, she is survived by three great nieces, two great nephews and two great-great nephews. The family requests that any donations be made to the St. Vincent de Paul Society or Hospice of the Valley. Visitation will be from 2:00-4:00 P.M. with recitation of the Holy Rosary at 3:00 P.M., Sunday, July 23, 2017 at Whitney & Murphy Funeral Home, 4800 E. Indian School Road, Phoenix. Funeral Mass will be celebrated at 10:00 A.M., Monday, July 24, 2017 at St. Francis Xavier Catholic Church, 4701 N. Central Avenue, Phoenix. Burial will be in St. Patrick Cemetery in Amboy, Illinois.

Offer Hugs From Home Condolence for the family of BRANIGAN, JOANNE M.