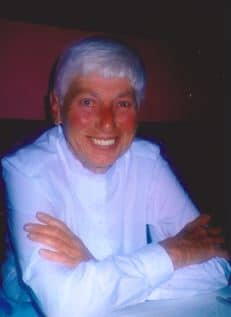 Mary Louise Branigan a wonderful sister, a beloved aunt and great aunt died December 25, 2020.  Mary was the third of four girls born to Kathryn and Frank Branigan on February 18, 1926, in Amboy, Illinois. She graduated from North Central College in Naperville, Illinois, and soon after moved with her family to Phoenix.  Her first job was teaching physical education at Coolidge High School.  Subsequently, she taught at Phoenix Union High School, West High School, and was on the first faculty of Central High School in Phoenix. During her tenure at Central she served as a teacher, guidance counselor, and Dean of Girls.  Additionally, she was a vice principal at Alhambra High School.

Mary’s passions included owning the latest cars, playing bridge, following the Chicago Cubs, and hitting the fairways.  No doubt, her interest in cars was ignited while working at the family’s Ford dealership in Amboy.  She especially relished taking their Model A to college and driving all over Naperville with friends hanging out of the rumble seat.

Mary’s interest in golf was certainly fueled by her abundant skill.  She won many tournaments over the years at courses in Phoenix and Munds Park.  Her winning streak at the Maryvale Golf Course extended for thirteen years as Club Champion in the women’s league.

Not only was she a good player, but she fostered the golf habit in family and friends.  Of course, she still wanted to beat everyone.  When LPGA player Shirley Spork brought her “Diamonds in the Rough” classes to Phoenix, she invited Mary to be an assistant.

Always staying busy, Mary enjoyed helping friends and family with projects like wallpapering and painting.  A martini sufficed as payment.

The memorial Mass will be held at St. Francis Xavier Church where Mary was a parishioner for over sixty years.  Due to the pandemic, the service will be private.  Mary will be interred at St. Patrick Cemetery in Amboy, Illinois.  A memorial fund has been established at Grand Canyon University Golf Course for a bench overlooking the third hole where Mary scored a hole-in-one.  In addition, donations can be sent to St. Vincent de Paul Dining Rooms (stvincentdepaul.net).

Offer Hugs From Home Condolence for the family of BRANIGAN, MARY LOUISE