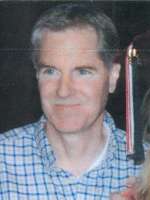 Terry Brennan, 58 of Phoenix, passed away unexpectedly on March 15, 2012. Son of Mary and Michael Brennan, Terry was born on June 18, 1953 in Little Falls, New Jersey. After earning his Masters in Political Science at A.S.U., Terry became a writer, historian, photographer, world-traveler, skilled craftsman, satirist, and Trekkie. He was a loving husband to his wife of 20 years, Jeannine (nee Joy); devoted father to Mackenzie (Kitty-Cat), on whom he imparted his knowledge, character, and wit; and a caring brother to Mike who will miss “Sunday races” with him. Terry also leaves behind his niece, Lisa Butura, her husband, Caesar, and grand-niece and nephews Alexander, Isabelle, and Christian. Terry relished globe-trotting with his little family but enjoyed nothing better than watching Mackenzie grow up. Though taken from us too soon, our lives have been enriched because Terry was here. A Celebration of his life is planned for early summer.

Offer Hugs From Home Condolence for the family of BRENNAN, TERRY