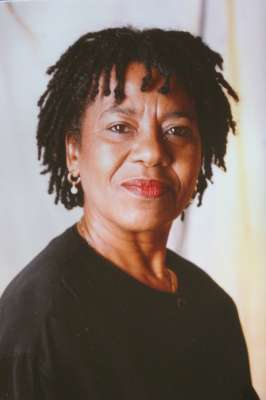 Lenore Gertrude Briggs, née Mitchell, and known to many as simply Mom, passed away at her home in Phoenix, Arizona on April 11th 2015. She is survived by six children Meredith, Ross, André, Meryl, Andrea, and Anthony, as well as her sisters, Sybil, Cynthia, Olivia, and Nerissa, her brothers, Ron, Raphael, Desmond, Martin and Anthony, along with nine grandchildren including, Francine, Cindy, Andrew, Faye, Myles, Loren, Spencer, Noor and Tess. She was also great-grandmother to Chelsea, Brooke, Luis, Mia, Anafay, and Noah.

Lenore died after a long illness with dementia. She was born on the Caribbean island of Grenada, on April 4th 1928, and immigrated to the United States over fifty years ago. She was married twice, first to Horatio Whiteman and then to Carlyle Briggs. In the USA as well as Grenada she dedicated herself to her lifelong passion of educating young children, ultimately founding her own Montessori school in Brooklyn, New York. Her school still exists today and is being run by her son Anthony Briggs.

Lenore was well-loved by relatives, and members of the community whose children attended her school. She was known for her indomitable spirit, sense of adventure, and big heart. Over the years she welcomed scores of young “strangers” into her home, “strangers” who had no place to live, who ended up becoming “brothers” and “sisters” to her own children. She was driven and determined, pushing her children to do the same. She often threatened them with the “hammer of death” – her fist, if they did not comply with her lofty goals and ideals. Of course, the hammer never ever descended!

Lenore also loved to sing and tell stories, and even into the late stages of her dementia would hum tunes known and unknown. Her diminished state of mind simply produced music, stories, and interests of a different sort – atonal musical gems, profound discussions around the subject of Mr Him and Mrs Her, a fascination with the fabric of the clothing on the person standing closest to her, and a lifelong need to have her head scratched. All in all a life filled with curiosity, interest, and adventure to the very end.

Offer Hugs From Home Condolence for the family of BRIGGS, LENORE GERTRUDE