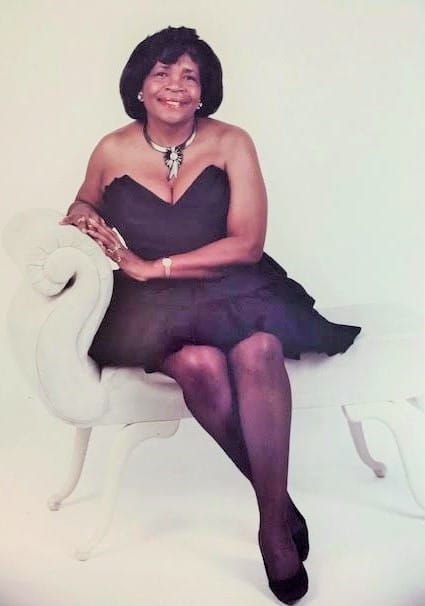 To God Be The Glory

On April 30, 1933 God shared his love with the family, the birth of Bessie Mae Starks in Clarksdale, Mississippi. Bessie was the 6th child born to William and Velma who preceded her in death alone with two brothers; Jessie and James Starks and three sisters; Josephine (Joe) Mitchell, Anne Nyx and Betty Lou Pickingpack. Bessie’s parents taught their children the value of working hard and standing up for yourself.

In August of 1945, the family relocated to Kansas City, KS. While growing up in Kansas City Bessie attended Grant Elementary and Northeast Junior High. Bessie felt compelled to leave school after the 9th grade to began her remarkably resilient life. At the age of 16 she married and moved to Pittsburg, PA where she gave birth to her first two children, sons Marshall (Butch) and Michael Randolph.

In March of 1960 Raymond, Bessie and their children relocated to Los Angeles, CA. While living in Los Angeles their family was blessed with 3 more children Anthony, Timothy and Jacqueline McGill. Unfortunately, the marriage between Bessie and Raymond wasn’t meant to be and ended in 1970, however they continued to have a great friendship because of the bond and love that they had for their children.

Bessie always sought to improve her position in life. The first thing she did to achieve this was successfully completing and obtaining her GED from John C. Fremont HS in Los Angeles, CA. She then took a position working at the United States Air Force Space Division in El Segundo, CA as a private contractor. Bessie dedicated 18 years working their where she rose to a managerial position before retiring in 1983.

While working on the Air Base, she met the love of her life, Willie E. Brooks Jr. After 5 years of courtship, they were joined in holy matrimony October 8, 1983. The union between Willie and Bessie was a forever love for them both. In 1992, Willie and Bessie moved to Phoenix, AZ where Bessie Joined and became a member of First Institutional Baptist Church. Willie and Bessie continued their love story that endured until the remaining of her life.

It takes less than a second for beautiful
Thoughts to come to my head about you….
They arrive thru sight.
It will take an eternity for them to leave
My mind…
Why? Because I LOVE YOU.
You raised me and supplied me with love-
Love like no other could ever do….
For that my heart belongs to you.
I thank God for bringing us together
Me as your son and you as my mother….
We’ll be each others heart and soul Forever!

I love no one more than you,

Offer Hugs From Home Condolence for the family of BROOKS, BESSIE MAE