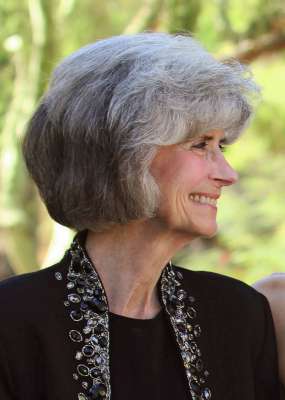 69, died August 16, 2016 surrounded by her family. She was born in Oak Park, Illinois in 1947 and was a resident of Paradise Valley for over 30 years. She waged two battles with cancer; the first in 2001, when she was initially diagnosed with pancreatic cancer, and the second in 2013, when the cancer metastasized to her liver. In her professional career, Lori was the Director of Loss Prevention for Banner Health Arizona’s risk management department and served in a number of charitable leadership roles including those as chairwoman of Good Samaritan’s Candlelight Capers and The Catholic Diocese of Phoenix’s Crosier Gala. Elegant and graceful, with a strong but quiet reserve, Lori was the consummate lady, and a magnificent wife, mother and friend. She is survived by her husband Stephen, daughters Sheila DeVries, Clare Bellendir (Kenny), Maggie Chernett (Brian) and her first grandson, Henry. A Funeral Mass will be celebrated for her at Brophy Chapel, 4701 N. Central Avenue, Phoenix, AZ 85012, on Saturday, August 27th 2016 at 1:00 PM. Instead of flowers, the Brophy family asks that donations be made in her name to the Rolfe Pancreatic Cancer Foundation at http://www.rolfefoundation.org or by mail to 4809 N. Ravenswood, Suite 326, Chicago, IL 60640.

Offer Hugs From Home Condolence for the family of BROPHY, LORRAINE “LORI” G.