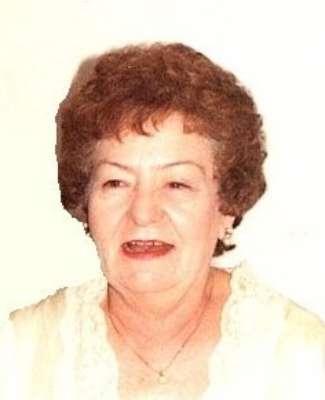 Born in 1929, Frances Broyles, of Phoenix, died peacefully with her family on February 29, 2016.   She is preceded in death by her husband of 60 years, Robert E. Broyles, and is survived by her sister Emily Salamon of Pueblo, Colorado, her four children, Kelli Morley, Robert L. Broyles, Timothy Broyles, and Nancy Hunter, as well as ten grandchildren and two great grandchildren. Originally from Raton, New Mexico, Frances lived most of her life in Phoenix and worked at Motorola for 26 years. She was in ROTC and the trapeze team in high school and the editor of the newspaper at Pueblo Junior College in 1950. Married in 1953, she was a steadfast and loving wife, mother and grandmother who always put others before herself and whose hysterical comments on just about everything, kept us all in stiches. We will miss you so much, mom! Funeral service will be held this Friday evening, March 4, 2016 at Brophy Chapel, 4701 N. Central Avenue in Phoenix. Visitation begins at 5:30pm; Rosary at 6:00pm and Funeral Mass at 6:30pm. In lieu of flowers, the family requests donations be made to Hospice of the Valley, 1510 E. Flower Street, Phoenix, AZ 85014. Arrangements entrusted to Whitney & Murphy Funeral Home.

Offer Hugs From Home Condolence for the family of BROYLES, FRANCES