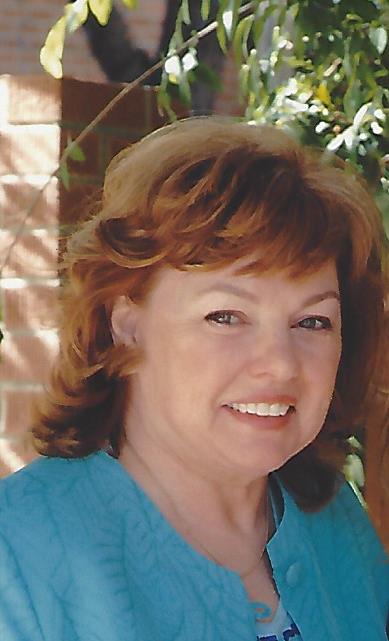 Brenda Jeanne Brumfield, 77, passed away peacefully on October 31, 2020, after suffering complications from Covid and Multiple Sclerosis. She was born on March 18, 1943 in Pontiac Michigan to Evelyn and Russell Boushell. She was the second of three girls.

Brenda was a tomboy as a child who loved climbing trees and playing field hockey. In high school she was a cheerleader as well as in the science club. Not only was she beautiful, but she was also athletic and intelligent as well.

As an adult Brenda loved to travel, she lived in England for many years which allowed her to visit several European countries, enjoy skiing in Austria as well as tour German castles.

While living in England Brenda had her two eldest daughters and found her passion for breeding and showing dogs. Specifically, Staffordshire Bull Terriers. She brought this passion with her when she moved back to Michigan and later to Phoenix, Arizona. Her youngest daughter was born in Phoenix.

Brenda had many occupations throughout her adult life, she was a hairdresser, antique store proprietor, bartender, yoga instructor, dental assistant, and enjoyed her final working years at St. Joseph’s Hospital.

Undoubtedly Brenda’s biggest passion was her “girls”, she absolutely loved being a “girl mom” to her three daughters and all that entailed; being a taxi driver to dance, cheer and pom events as well as sewing many costumes for their various activities. Being a mother came naturally to Brenda as well, and as a single mom for many years, she made numerous sacrifices such as working two or three extra jobs to pay for braces and Catholic Schools for her daughters. The birth of Brenda’s granddaughter in 2009 added to Brenda’s pack of girls and she absolutely loved being a grandmother. She enjoyed watching dance and music recitals once again with the youngest generation.

When later in life, Multiple Sclerosis stripped Brenda of the ability to walk, she faced that challenge with courage and grace. When she needed to live in an assisted living home, she made the most of that by honing her bingo game and becoming the Vice President of the Residents Council. She enjoyed going on outings with her family as well as going to mass on Sundays.

She will be sorely missed by her survivors, her daughters, Yvonne Baraban (Mike), Heather Boushell, Evelyn Brumfield (Emily and Jesse) her granddaughter, July Baraban, her sister Boushelle Pearson (Jim) and her nephew Kyle Alvarez (Emile).

A Funeral Mass will be celebrated in memory of Brenda on Saturday, November 21, 2020 at 1:30 p.m., at Saint Paul Roman Catholic Church, 330 W. Coral Gables Drive in Phoenix. In lieu of flowers, memorial donations in memory of Brenda may be made to the National Multiple Sclerosis Society, Arizona Chapter. Condolences may be expressed at www.whitneymurphyfuneralhome.com.

Offer Hugs From Home Condolence for the family of BRUMFIELD, BRENDA JEANNE