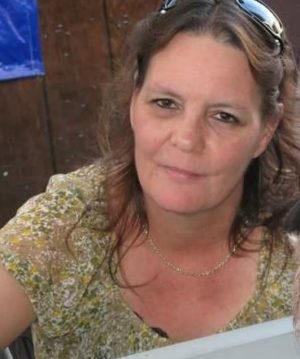 Mary A. Bryden, 57, of Sun City, Arizona passed away on August 29, 2017. She is survived by her father, Thomas Rogers, brothers, Tom Rogers, Vic Rogers and John Rogers, son Chris Gurnsey, grandchildren Sara Gurnsey and Ashlynn Gurnsey-Tufano. Mary was a very loving person who wanted nothing more than to spend every minute of her day with family and friends. There is nothing on this earth she loved more than her grandchildren and would ask to see them every time we spoke. She was a long time chef and enjoyed cooking and most of all cooking for others. She would strive to provide the best meals no matter what she had and always wanted to make sure you never left her house hungry. Mary was a very sincere person and always cared for other people over herself, she would give you everything she had, even if that meant having nothing left for herself. She will be deeply missed by anyone who knew her. Most of all, she will be greatly missed by her son and granddaughters. A Memorial Service will be held from 10:00 A.M. to 12:00 P.M., Saturday, September 16, 2017 at Whitney & Murphy Funeral Home, 4800 E. Indian School Rd., Phoenix.

Offer Condolence for the family of BRYDEN, MARY