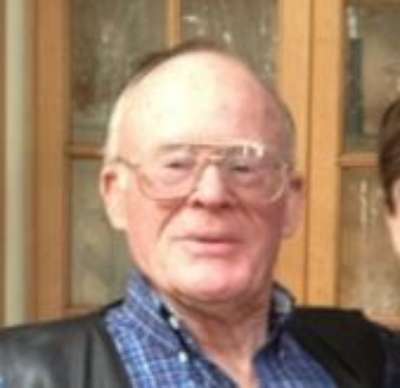 Richard E. Bunger, 76, long-time Arizona pioneer and successful entrepreneur, passed away on Friday, May 16, 2014 at his Dutch Joe Ranch located in the Arizona rim country.  Richard was born to Claude Turner and Naomi Loretta Bunger on August 29, 1937.  He grew up in the rim country being taught the dairy, cattle, and sawmill business.   At the age of 6, Richard’s father, Claude, gave him some bales of hay to sell and the entrepreneur was born.  Richard, also known as REB graduated high school in 1955 from Snowflake High School.   In 1958, he met and married Barbara Bunger (Tuck) who is the mother of his 5 adult children.  At the age of 23, REB started Corral Industries (located in Phoenix) which designed and built hundreds of cattle feedlots worldwide.  During this period, REB along with his brothers designed and built John Wayne’s Red River Ranch south of Phoenix which ultimately held 93,000 head of cattle.  Corral Industries built many of the largest cattle facilities all over the world and REB was known for his cutting-edge concepts, designs, and many patents.  During the year of 1982, REB began a new business venture named Mobile Mini.  Mobile Mini quickly flourished countrywide and is now the world leader in selling and leasing portable storage containers.   In 1994, Mobile Mini went public and is currently being traded under NASDAQ with the symbol “MINI.”  REB resigned as chairman of Mobile Mini in 2001 and his oldest son, Steven, succeeded him as CEO.  REB’s retirement didn’t last long and he went on to pursue his original dream in cattle, horses, fishing, timber, construction, energy development, forest restoration, and much much more.  In 2001, REB purchased a ranch near Woods Canyon Lake in the Apache-Sitgreaves National Forest called Dutch Joe.  Since then he has purchased many properties to develop water resources, lakes, fishing programs, timber resources, cattle, and horse grazing programs.   He was a very innovative man and loved to work on concepts that included sustainability, self-sufficiency, and energy development. Dutch Joe became a place for all of his children and grandchildren to gather and where we all have shared wonderful memories of his passion for Dutch Joe and the mountains.

Offer Hugs From Home Condolence for the family of BUNGER, RICHARD E.