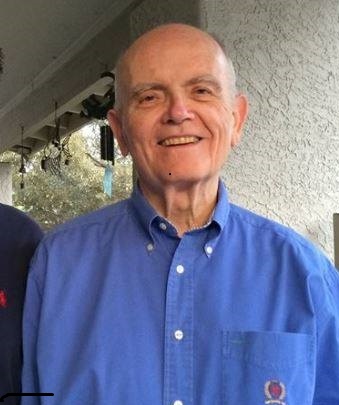 Miles D. Burke, age 82, passed away on February 20, 2019, in Phoenix, AZ. Miles was born on February 21, 1936, in Grand Junction, CO, to parents Miles and Leona Burke. He graduated with a Bachelor of Science degree in General Engineering from the University of Portland with Magna Cum Laude Honors. Upon graduation he moved to New Jersey where he accepted a job with RCA Defense Electronics Products. He did his graduate studies at University of Pennsylvania in electrical engineering and Arizona State University in digital hardware design and microprogramming.
He later moved to Phoenix, AZ where he worked for Motorola for 15 years, before starting up several successful consulting companies over his lifetime. Miles then made the move from electrical engineering to system process design. He noticed that the current methodology of system design had its limitations and so he created his own design methodology called Holo. Those in his field found this methodology to be far superior and efficient.
Miles is preceded in death by his loving wife Julia Burke and his brothers James Burke and Bradford Burke. Miles is survived by his son James Burke (Sue) of Phoenix, AZ, daughter Maria Robert of Glendale, AZ, son Joseph Burke of Phoenix, AZ and Julia’s daughter Beth Kabele (Dan) of Portland, OR. Miles enjoyed his grandchildren Zachary, Michael, Matthew, Mackenzie, Stephen, Peter, Luke, James and Benjamin and two great-grandchildren Olivia and Charlotte.  Miles was a great family man and a loving father. Aside from his love of designing software he was an accomplished pianist, enjoyed playing golf and refurbishing player pianos. Miles was a man of faith and a member of the St. Thomas the Apostle Catholic Parish.
A Visitation will be held on Thursday, February 28, 2019, from 6:00 P.M. to 8:00 P.M., with a Vigil Service at 7:00 P.M., at Whitney & Murphy Funeral Home, 4800 E. Indian School Road, Phoenix. The Funeral Mass will be celebrated on Friday, March 1, 2019, at 10:30 A.M., at St. Thomas the Apostle Catholic Church, 2312 E. Campbell Avenue, Phoenix. Interment to follow at St. Francis Catholic Cemetery. In lieu of flowers, donations can be made to APDA, www.apdaparkinson.org/
Condolences may be expressed at www.whitneymurphyfuneralhome.com

Offer Hugs From Home Condolence for the family of BURKE, MILES D.