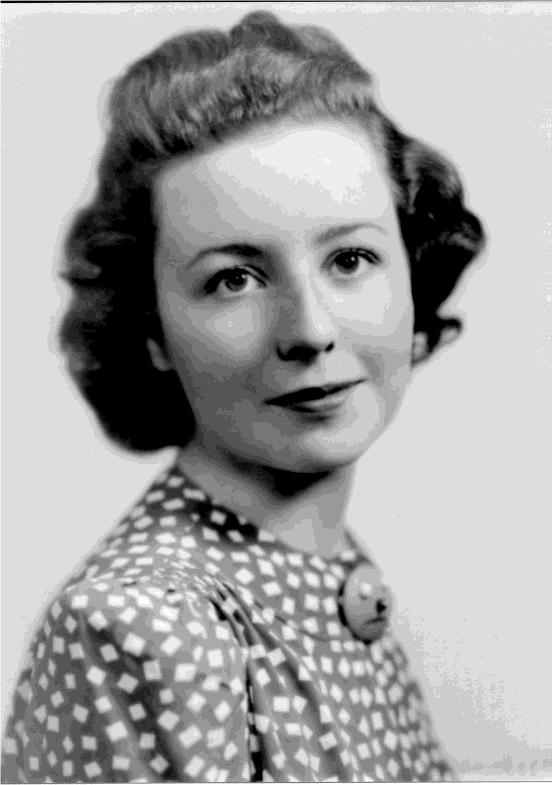 Elizabeth Estelle Bibolet Burns passed away peacefully at home in Phoenix on the afternoon of May 30, 2018, just a few months before her 100th birthday!
Mrs. Burns was born in Eagle Pass, Texas on September 8, 1918, as the second of three children to Roland H. Bibolet and Clara Clifford Bibolet. In 1929, she moved with her family to Nogales, Arizona when her banker father came to Arizona to be the manager the Patagonia Sonora Bank and Trust Company. Estelle’s father later became a rancher and longtime manager of the 10,000-acre Yerba Buena Ranch located along the Santa Cruz River between Patagonia and Nogales, Arizona.
Mrs. Burns attended elementary school and High School in Nogales, Arizona, and was graduated from Nogales High School in 1936 with Honors having been in the National Honor Society. Estelle had many great friends in Nogales, including Elaine Mitchell McCullough, Judge Charles Hardy, the Hathaway family, Afifa Saba Whitlow, Blossom Chernin Dorff, Berniece Price Anderson, Brackers, Capins, Escaladas, Joffroys and other long time Nogales families.
After graduating from Nogales High, Estelle attended the University of Arizona. While at the University of Arizona, she was elected as Student Body Secretary and was also elected to “SPURS”, the Women’s honorary and took part in many campus activities. She received her Bachelor of Science degree in 1940 and her Masters in Home Economics in 1942. She began her teaching career in Parker, Arizona at Parker High School where she taught science, biology, home economics and girl’s physical education and even prepared dinner for the local Lion’s Club twice a month at their meeting held at the school. She was fluent in Spanish from her days growing up on the border in Texas and Santa Cruz County, Arizona.
On December 22, 1941, two weeks after the Pearl Harbor attack, she married her college sweetheart, F. Britton Burns Sr. of Phoenix, whom she met at the end of her freshman year while attending the University of Arizona. They were married at the Sacred Heart Catholic Church in Nogales, Arizona. Mr. Burns had graduated from the University of Arizona College of Law in June of 1941. After their wedding, they lived in Tucson for a year while Estelle completed her Master’s Degree. She and Brit were married for 51 years before her dear beloved husband passed away in 1993.
Mrs. Burns was active in numerous community organizations and projects including the Phoenix Zoo, the Phoenix 20/30 Club, Women’s Auxiliary, Girl Scouts, Boy Scouts, Central High PTA, Visiting Nurse Volunteer Service, Valley of the Sun Kiwanis Club, including being a lifelong tennis player at the Phoenix Country Club. She also enjoyed water skiing, horseback riding, snow skiing, 10-K runs, and many family trips with their ski boat to Saguaro Lake and Mission Beach.
Mostly throughout Estelle’s life she was a homemaker and mother involved in the activities of her four children!
Estelle is survived by her 4 children, 7 Grandchildren (6 granddaughters and 1 grandson), and 8 Great Grandchildren, including F. Britton Burns, Jr. and his wife Penny, (daughter, Christy-Lance Weaver, Jack and Lucy), (daughter, Katie –Chris Rotchford, –Thomas and Marianne,) daughter, Susan Burns , Beverly B. Burns, (daughter Cindy –Andrej Marich, Graeme and Aaron , daughter, Stephanie –Drew Herndon), J. Scott Burns and his wife Claudia, (son, Scott, daughter, Lauren –David Kanne, Christine and David) and Margaret Estelle Burns White and her husband Ronnie White.
The family would also like to acknowledge the kind, loving care of Blanca Bujanda.
A private family service will be held at St. Francis Cemetery where Estelle will be laid to rest next to her loving husband.
In lieu of flowers, please donate to your favorite charity.

Offer Hugs From Home Condolence for the family of BURNS, ELIZABETH ESTELLE BIBOLET