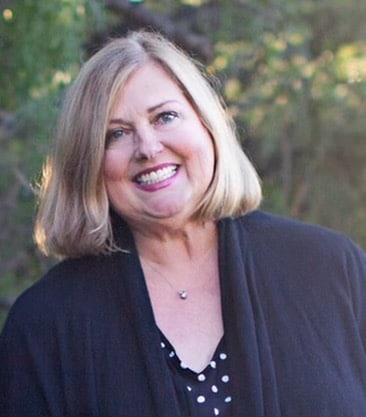 Jeanne Marie (Babbitt) Burns, age 68, passed away at home, on Tuesday, December 13, 2022. Jeanne was born on September 25,1954, in Chippewa Falls, Wisconsin, the daughter of Frank and Maxine Babbitt. As a young girl, her family resided in Bloomer, Wisconsin before moving to Eau Claire, Wisconsin. She attended Memorial High School and was a member of the Jobs Daughters. In the summer months, she was a member of the water-skiing team Ski Sprites, who put shows on around the local area. Upon high school graduation, she attended Stephens College in Columbia, Missouri, for two years, before transferring to Arizona State University, earning a degree in Interior Design. While at ASU, she was actively involved with Campus Crusade for Christ. After college, she met the love of her life, Robert Burns, and were married for 43 years. During her married years, Jeanne loved attending her kids many sporting events. She was also involved in Alanon, where she made many very dear friends.

Jeanne loved being with people and was a friend to many. Her habit of constant friendliness and genuine caring for people attracted many friends. Cooking was a love of hers, and anyone who sat at her table never went away hungry. She is survived by her husband Robert, her son, Robert Jr., his wife Lauren, and their three children, William, Alexander, and Thomas, her son Geoffrey, and her daughter Laura. Her grandchildren affectionately called her “Gigi”.

Jeanne will live on in the memories of the people who loved her and who she enriched. She leaves behind an example of a life well lived and modeled a Christ-like love for family and friends.

A Celebration of Life will be held on Saturday, January 7, 2023 at 11:00 am., at Camelback Bible Church, 3900 E. Stanford Dr., Paradise Valley, Arizona. Condolences may be expressed at www.whitneymurphyfuneralhome.com.

Offer Hugs From Home Condolence for the family of BURNS, JEANNE MARIE