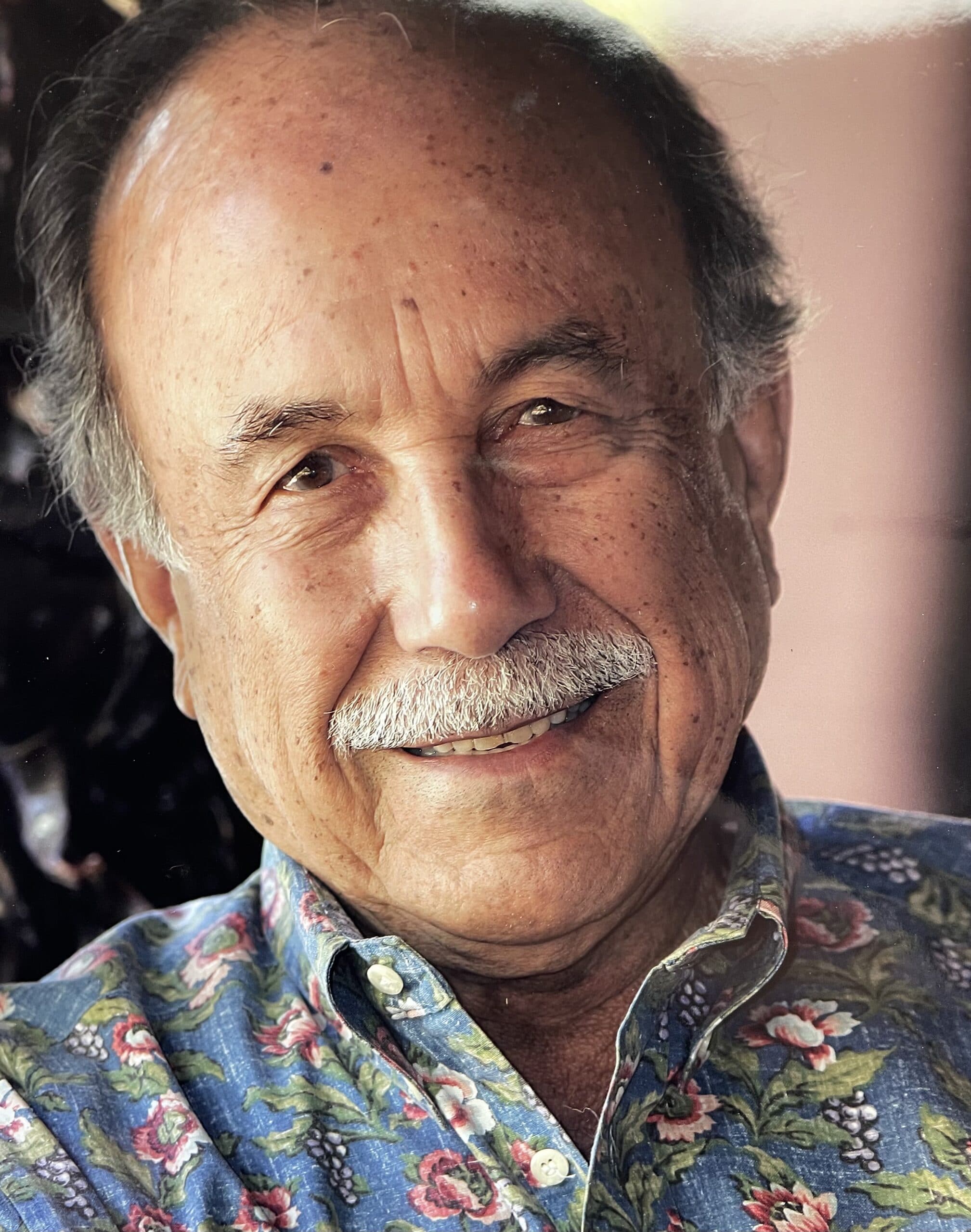 José María Burruel, beloved husband, father, uncle, cousin, and friend passed away on October 11, 2021, at the age of 96 years. He was born in Phoenix, Arizona, where he was raised by his widowed mother Carmen. He attended local schools, but did not graduate from high school as he enlisted in the Navy to assist in the efforts of World War II. He was a proud submariner who was injured in the line of duty.
Upon returning, José enrolled at Arizona State College, now ASU, where he earned a Bachelor’s Degree in Education and became a teacher. His career took him to Santa Monica, CA, and later he continued his studies at the University of Southern California where he earned a Master’s Degree in Education. His mantra was always “They can take away your car, they can take away your house, but they can never take away your education.” While teaching in Southern California, José began recruiting athletes to play at ASU including: Joe Caldwell, Mike Hopwood, Blake Taylor, Luis Zendejas. José returned to ASU where he earned a Doctorate in Education; the title of his dissertation being “Educational Administration and Supervision”. During these years José was appointed Assistant Dean of Students, the first Mexican American in this position. He was always an advocate for people, young and old, especially for those with civil rights/immigration/education matters. He was well versed in the laws of those issues and was respected for those qualities. He was appointed Director of the U.S. Commission on Civil Rights for the state of Arizona during this period. He never backed down when he knew he was right! Later in life he returned to ASU to study English which included teaching English 101 and studying Literature which included Shakespeare. He was absolutely enthralled with those subjects. Shortly thereafter, José began writing about the Mexican community in the early days of Scottsdale which resulted in the book MEXICANS IN SCOTTSDALE full of photos and interviews with the community. He also participated on the committee to restore the Old Adobe Mission which is now on the National Register of Historic Places. The building was built by the local Mexican community in the 1930s and later restored. José María Burruel’s impact on all of us will be long lasting. We will miss his warm, generous personality and love of life, family, and friends. José is survived by his wife Frances Ann, his children Arlene and Maureen, plus grandchildren and great grandchildren. In lieu of flowers please consider a contribution in José’s memory to the José and Frances Burruel Sun Devil Scholarship which will provide support for first-generation student athletes at ASU. (Make checks payable to the ASU Foundation, writing José & Frances Burruel Sun Devil Scholarship on the memo line. The mailing address is P.O. Box 872205, Tempe, AZ 85287).
The Celebration of Life for José will begin on Thursday, October 21, 2021 at the Whitney & Murphy Funeral Home, 4800 E. Indian School Road, Phoenix, with Visitation from 5:00 p.m. – 7:00 p.m. and Rosary to follow. The Funeral Mass will take place on Friday, October 22, 2021 at 10:30 a.m. at the Franciscan Renewal Center with Burial at St. Francis Cemetery to follow. Condolences may be expressed at www.whitneymurphyfuneralhome.com.

Offer Hugs From Home Condolence for the family of BURRUEL, JOSÉ MARÍA