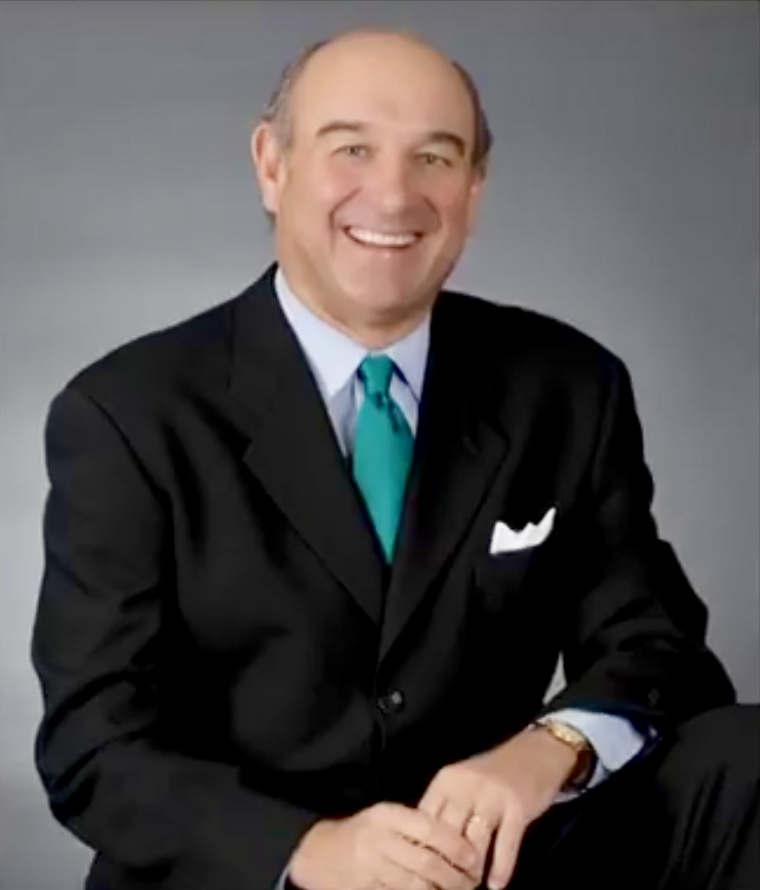 Stephen (Steve) Fred Butterfield, 65, of Paradise Valley, died of heart complications on Monday, April 16, 2018. While his family mourns the passing of their patriarch, his friends, associates and so many others mourn the loss of an irreplaceable man. Nicknamed “Butter” as much for his ability to make everything better as it is a play on his name, Steve was a stranger to no one, a friend to everyone and was loved by all who met him. His personality was larger-than-life and his generosity was immense. Steve believed in “dreaming big,” a motto that guided him in both his personal and business practices. The son of the late Sam and Marcia Jo Butterfield of Hutchinson, Kansas, Steve left his hometown in Kansas in 1970 to attend Arizona State University, where he received a B.S. in Business Administration. With his new degree and a newfound love for the Valley of the Sun, Steve knew he had big dreams to pursue right here in Arizona. And that he did. His career spanned more than 35 years and included work in investment banking, capital markets and municipal finance, but it was his work in the student loan industry that propelled Steve’s career in the direction of his dreams. In 1990, Steve and business partner, Mike Dunlap started to acquire student loans portfolios together and in 1996 they co-founded Nelnet with a vision that it would become a world-class business designed to help students and families plan and pay for their education making their educational dreams possible. In 2003, they took the company public on The New York Stock Exchange. As a visionary and founding partner, Steve’s entrepreneurial spirit and passion became the heart and soul of Nelnet. He had an amazing memory for faces and names and believed in coaching and bringing up everyone around him. He grew his team at Nelnet, leading with humility, inspiration and instilling in them his motto to “dream big” and reach further than they thought possible. In 2007, Steve retired from Nelnet to spend more time enjoying two of his other great passions – family and travel especially to McCall, Idaho where he enjoyed most of his time – while still remaining committed to Nelnet as vice chairman and shareholder. Steve’s commitment to building his business was only matched by his desire to give back, a role which he played proudly as a Phoenix Thunderbird, a founder of the Nelnet Foundation and Nelnet Scholars program and an active member of several local and national boards. He will be remembered for his love of ASU football and Sun Devil Athletics, which drew him to a leadership role within the Sun Devil Club and his most recent passion project as co-chairman of the Club’s recent Sun Devil Stadium fundraising effort. His love of the game helped drive the strong culture of giving within Sun Devil Athletics and was backed by personal investments that he ensured funded specific programs. It can be said that his immense generosity mirrored his life motto – he not only dreamt big, he gave with all his heart. The world lost a great one. However, Steve’s legacy will live on through his many contributions and the greatest of all his accomplishments – his family – his favorite dream come true. Steve is survived by his wife, Shelby; his sons Stephen Jr. (Mary), Brooks, Matthew, and Jack; his daughter Bailey; and his three grandchildren, Mary Josephine (“Joey”), George and Stevie. Steve is also survived by his brother Scott and his wife, Susie and their sons Tyler, Jake and Sam. Family and friends will celebrate the life of Steve with a Memorial Service and reception where they will raise one “final final” in honor of their beloved “Butter.” Memorial Service and reception will be held at 10:00 a.m. on Tuesday, April 24 at Paradise Valley Country Club, 7101 N. Tatum Blvd, Paradise Valley, AZ 85253. Arrangements entrusted to Whitney & Murphy Funeral Home. In lieu of flowers, memorial contributions may be made to The Butterfield Family Scholarship Fund, care of Hutchinson Community College Endowment Association, 1300 North Plum, Hutchinson, KS, 67501 or online at hutchcc.edu/alumni/online-giving.

Offer Hugs From Home Condolence for the family of BUTTERFIELD, STEPHEN F.