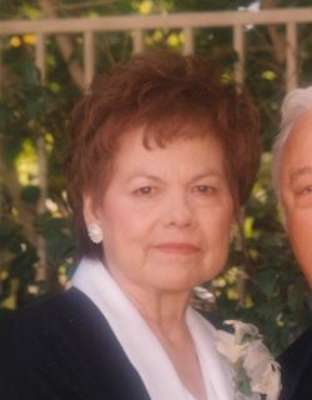 Isabel Calles, beloved wife, mother, grandmother, sister, aunt and friend, went to be with her heavenly father on March 9, 2014.  Born on January 28, 1932, in Morenci, Arizona.   Isabel grew up in Morenci, and moved to California in 1950.  While there she worked for the phone company as a phone operator till she met Louis, her lifelong love.  They married August 15, 1953, and had two daughters while in California.  Isabel and Louis then moved their family to Arizona, where they settled in West Phoenix, here she had four sons.  Isabel was the epitome of a homemaker, together she and Louis raised six children.  Louis preceded her to their heavenly father in 2004.  Isabel is survived by her children, Rose Marie Wold (Greg), Linda Ann Calles, Louis Anthony Calles (Perii), Andrew James Calles (Jennifer), James Patrick Calles, Sean Christopher Calles (Timily), and twelve beautiful grandchildren, (Chelsea), (AliMonroe), (Louis lll, Marina, Dimitre), (Megan, Duncan), (Trystan, Sienna, Austen, Isabella, Lola), and two great grandchildren (Amery, Derek).  Also surviving is a brother, Ruben Llamas, of Laveen, AZ, and a sister, Lucy McCoy, of West Virginia, and many dear nieces and nephews.  Though she is departed from her loved ones here on earth, the love she gave and shared, along with all the precious memories we have of her will always live in our hearts, till we meet again in our heavenly father’s home.  Visitation will be held from 6-8 P.M., with Scripture Service at 7 P.M., Wednesday, March 19, 2014, at Whitney & Murphy Funeral Home, 4800 E. Indian School Rd.  Funeral Mass will be Friday, March 21, 2014, 10:00 A.M., at St. Andrew the Apostle Church, 3450 W. Ray Rd.  Chandler.  Interment will follow at St. Francis Cemetery, 2033 North 48th St., Phoenix.

Offer Hugs From Home Condolence for the family of CALLES, ISABEL