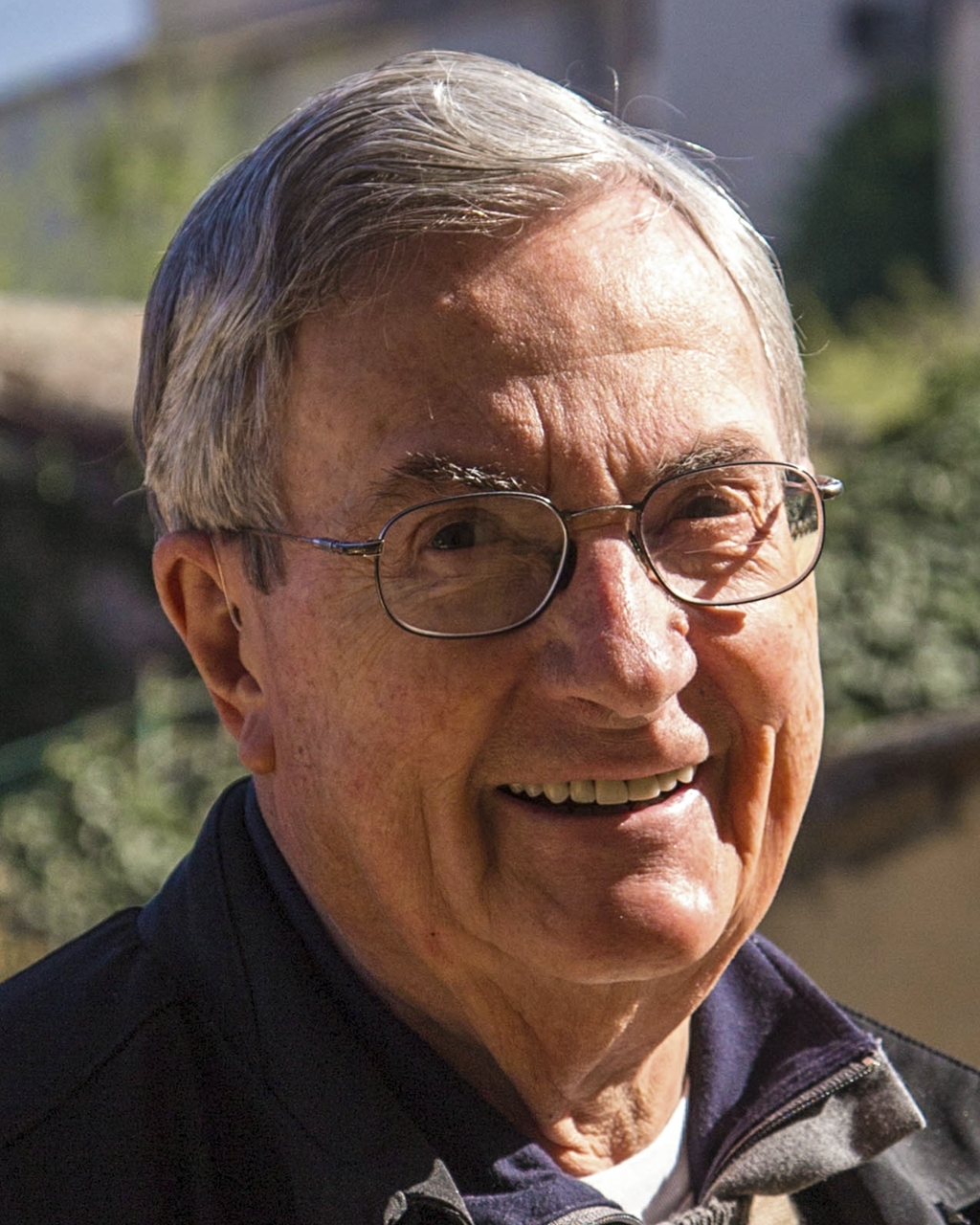 Joseph John Campanella, 89, passed away suddenly, yet peacefully, in Chandler, AZ on November 24, 2019. He was surrounded by his family and many friends. Joseph was born June 26, 1930 in Oakmont, PA to Antonio Campanella and Marie Guiho. He was married to Katharine Elizabeth McBarron for 58 years before her passing in 2011.
Joe graduated from Carnegie Institute of Technology in 1952 with a degree in Electrical Engineering. He moved to Long Island, New York after graduation, where he began his career with Sperry Corporation and met his future wife, Kathy. He loved to tell the story about seeing Kathy for the first time, turning to a friend to say, “I’m going to marry that girl!” Joe and Kathy were married in 1953 and had their first three daughters while living in New York. They moved to Phoenix, AZ in 1960 and had two more daughters and one son.
Joe held many management positions with Sperry Corporation, including Planning and Material Control, Purchasing, Information Systems, and Human Resources. In 1980, Joe was promoted to President of Sperry Flight Systems with responsibility for Sperry’s worldwide aerospace operations, including the Defense and Space industry and the Commercial Aviation industry. Joe was promoted to Corporate Vice-President and President of the newly formed Sperry Aerospace and Marine Group in 1984. Honeywell acquired the Sperry Aerospace and Marine Group in 1986 and Joe was appointed as an Executive Vice-President of the Honeywell Corporation. He retired in 1987 from Honeywell and went on to serve as Chief Operating Officer for several small companies as ‘fix it’ projects.
In 1994, Joe and Kathy purchased Antique Electronic Supply in Tempe, AZ. Under his guidance and leadership, the company expanded to become Campanella Enterprises, currently consisting of a distribution company, a manufacturing company, and two retail companies. It is currently owned and operated by Joe and Kathy’s children and grandchildren.
Joe served the Phoenix community as a Board Member of St. Joseph Hospital and Medical Center, The Gompers Center and the Diocese of Phoenix Finance Committee. He also served on boards for Marshall & Ilsley, The Aerospace Industries Association and the General Aviation Manufacturers Association. Joe was a longtime benefactor of Seton Catholic Preparatory and he was a true believer in the school’s mission. Joe was a caring leader on the Capital Campaigns that resulted in the building of the campus Chapel, the Fine Arts Building, and the Athletics’ Concession building.
Above all else and most important to Joe was his family. Joe and Kathy’s home on the shores of Lake Tahoe was designed with their children and grandchildren in mind. For many years, the entire family would gather for Christmas and summer visits. Many wonderful memories were created during these times. Joe was the patriarch of the Campanella family and modeled the values his parents taught him to his children, grandchildren, and great-grandchildren. They were “Be Honest, Work Hard, Respect Yourself and Others, Give Back, and LOVE.” Joe will be greatly missed, but his legacy will live on through his loving family. Joe was predeceased by his wife Kathy, his granddaughter Lauren, his parents, and his sister, Marie Marron. Joe is survived by his six children: Karen Sechena (Steve), Denise Campanella, Noreen Cravener (Greg), Michele Calebaugh, Brian Campanella (Yvonne), and Renee Beyer (Peter); grandchildren: Sarah Johns (Matthew), Michael Cravener (Heather), Benjamin Sechena (Kristin), Mark Sechena, Katie Henderson (Tim), Thomas Cravener (Lindsay), Hailey Campanella, Antonio Campanella, and Rachel Beyer; great grandchildren: Bradley Cravener, Owen Cravener, Eric Cravener, Andrew Johns, Paige Johns, Jake Sechena, Heidi Cravener, Lyra Henderson, and Zachary Sechena.
Visitation at Whitney & Murphy Funeral Home, 4800 E. Indian School Road, Phoenix is on Friday, December 6, 2019 from 4:00 – 6:00 PM, with a Rosary at 5:00 PM. Funeral Mass is Saturday, December 7, 2019 at 9:30 AM at Seton Catholic Preparatory Chapel, 1150 N. Dobson Rd., Chandler. Interment will follow at St. Francis Catholic Mausoleum and Cemetery, 2033 N. 48th St., Phoenix.
In lieu of flowers, the family requests donations to the Society of St. Vincent de Paul Phoenix, PO Box 13600, Phoenix, AZ 85002. website: https://www.stvincentdepaul.net/give/donate All donations would be greatly appreciated.
Condolences may be expressed at www.whitneymurphyfuneralhome.com

Offer Hugs From Home Condolence for the family of CAMPANELLA, JOSEPH JOHN