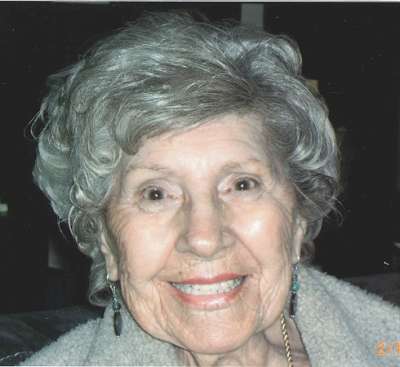 Born in Brooklyn, New York in 1920 to Lorraine and Herman Meyer.  Lorraine was rescued from Alzheimer’s and taken back to our Lord on June 1, 2014, while a resident of The Terraces.  She grew up in New York and married Charles Campbell Jr., of Franklin, Tenn.  They lived on Long Island, New York for many years where she was an avid gardener before moving to Phoenix in 1972.  Lorraine wanted to be closer to her son, daughter-in-law and granddaughter who had previously moved from Long Island to Phoenix.  She and Charles had many friends in New York that they were sad to leave, but family was important.  They were long time members of the Arizona Country Club and made many friends in Phoenix as well as all across the United States.  They were able to travel the world extensively.  Lorraine loved spending summers at their home on Saranac Lake in the Adirondack Mountains.  Those summers were filled with fun, family and friends.  When her son was asked what his mother did, his answer was: “she shops!”  She did love her shopping!  Even up to the age of 94, she could still spend hours shopping and loved walking around the malls.  Lorraine was never seen without being completely accessorized and put together.  She is predeceased by her husband of 56 years and her son Robert and her sister Catherine.  Lorraine is survived only by her son, Charles, daughter-in-law Deborah, grandson Ed (Kristine), granddaughter Kim (Troy) and great grandchildren Kyle, Payton, Henry and Scarlett.  Funeral Service will be at 9:00am, Saturday, June 7, 2014 at Whitney & Murphy Funeral Home, 4800 E. Indian School Road, Phoenix.  A Graveside Service will follow at St. Francis Catholic Cemetery. Contributions may be sent to the Alzheimer’s Association Desert SW Chapter, 1028 E. McDowell Road, Phoenix, AZ 85006 and/or Hospice of the Valley, 1510 E. Flower Street, Phoenix, AZ 85014.

Offer Hugs From Home Condolence for the family of CAMPBELL, LORRAINE G.