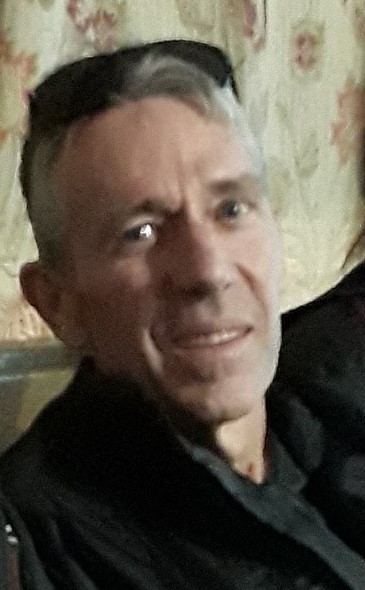 Michael “Skogie” Candreva was born in Rockville Centre, New York on December 1st, 1960. Mike took his last peaceful breaths on Monday October 21st after a fearless, 11- month battle, with pancreatic cancer. Mike’s short 58 years were full one’s. Mike was an outdoorsman. He hunted (rifle and archery) and fished. He built his own fly rod and tied his own flies. For a couple years Mike competed in local marathons, biathlons and triathlons. He proudly took 5th place in his age group for his efforts in the Arizona State Biathlon Championship Series 1990-91. Mike was a rock climber. He loved sharing his adventure stories like spending the night on top of Tom’s Thumb after a challenging ascent. He was an avid cyclist, riding with many of the Arizona bicycle clubs. Mike and his wife were members of the C.O.Y.O.T.E.S. (The Coalition of Young and Old Tandem Enthusiasts). He also loved mountain bike riding. Mike spent time with his family camping, hiking, canoeing, and kayaking many Arizona Lakes and waterways. Scenic Blue Ridge Reservoir was one of his favorite places to go. Mike was registered with Geocaching.com. He spent many hours in search of caches. He loved the challenges of the multi-caches.
Young Mike was a carpenter building condos and custom homes in PA while still in high school. Mike pushed himself to excel at whatever he put his mind to. He transformed himself into an auto technician with the highest distinction; I-CAR Platinum Certification. Mike worked at three local dealerships since moving to Arizona in 1986. He was also certified in aluminum welding and repair. Mike was equally skilled in auto mechanics repair as he was auto body repair. He repaired/replaced windows and played with paintless dent techniques.
Mike is survived by his wife of 38 years, Donna (Evers), daughter Angela, son MAC and daughter-in law Kat (Riedel), mother and father; George and Kathryn, brothers and sister in laws; Phil and Ilene, Pete and Vanessa, sisters; Anne and Teresa Wilson, and Uncle Msgr. Thomas Candreva.
Visitation will be held on Monday, October 28, 2019 from 5:00-8:00 PM with a prayer service, Divine Mercy Chaplet, and time for eulogies beginning at 7:00 PM at Whitney & Murphy Funeral Home, 4800 E. Indian School Rd., Phoenix. A Funeral Mass will be held on Tuesday, October 29, 2019 at 10:00 AM at St. Bernadette’s Catholic Church, 16245 N. 60th St., Scottsdale.

Offer Hugs From Home Condolence for the family of CANDREVA, MICHAEL