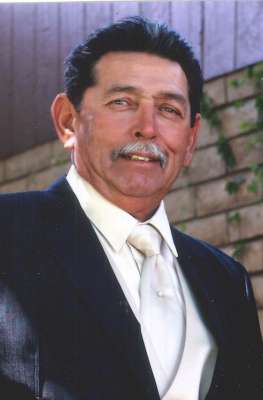 60, was born on May 11th, 1956 in Phoenix, AZ. After a 20-month battle with Gallbladder Cancer, the Lord called him home on Friday, October 7th, 2016. He was preceded in death by his parents Armida and Miguel Sr., sisters, Marylou and Artemisa and brother Arthur Sr. He is survived by his wife, Diane of 42 years, sons Alexander Jr. (Regina), Abel (Julie), Vicente (Berza), daughter Salina (Gilbert), 11 grandchildren, 2 great-grandchildren, sisters Lena, Eva, Josie and Cruz, brothers Mike, Roman and Charlie and many nieces and nephews. Anyone that had the pleasure of knowing Alex knew he was Tough as Nails, Stronger than Bricks and had a Heart of Gold. He was a strong man and a great role model to his kids and everyone around him. Alex was taught the family trade of masonry at a young age by his father and brothers and would go on to perfect it working in the industry for over 40 years. He was a strong willed man with an exemplary work ethic. Alex had such a creative passion for his work that you could give him a blank slate and he saw a vision of possibilities. Over the years, he created works of art when building and remodeling homes for friends and family including his own home of over 30 years. Family and friends were everything to Alex and he was everything to his family and friends. He will truly be missed by all. Visitation will be from 9:30 – 10:30am with a Rosary at 10:30am and Funeral Mass at 11:30am on Monday, October 17, 2016 at St. Agnes Catholic Church, 1954 N. 24th Street, Phoenix. Interment to follow at St. Francis Catholic Cemetery. Arrangements entrusted to Whitney & Murphy Funeral Home.

Offer Hugs From Home Condolence for the family of CAÑEZ, ALEX SR.