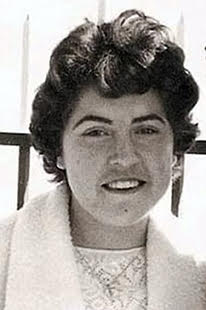 Norma Cano – beloved wife, mother, grandmother, sister, aunt, cousin, and friend – passed peacefully into the hands of the Lord on September 18, 2021, at the age of 81.

Norma was born Norma Jean Jauregui on December 23, 1939, in Mesa, Arizona. She was a devout woman of Catholic faith and graduated from St. Mary’s Catholic High School in Phoenix in 1958. She married the one true love of her life, David O. Cano, in 1961, and with him raised three beautiful children. She was a devoted wife and mother whose greatest joy was watching her three children grow.  Norma’s life was centered on her faith in the Lord and her entire family.

For decades, she worked as the bookkeeper for her brother’s construction company, bringing the same care and attention to work as she did to raising her children. Her sharp eye, diligent work ethic and calming personality helped his business thrive.

Norma’s life was bursting with small pleasures. She loved reading (her favorite book was Pearl S. Buck’s “The Good Earth”) and watching television, and until her last breath eagerly anticipated the next episodes of her favorite soap operas. She loved music, and nothing quite put a twinkle in her eye like the crooning of Tom Jones. She especially loved the films of Hollywood’s Golden Era. The romantic opulence of “Gone With the Wind” was a particular favorite, as was the sunny cheerfulness of Doris Day musicals like “Calamity Jane” and “Young at Heart.” Her strong enthusiasm for film and early years of reading film magazines cover to cover made her a living encyclopedia of film knowledge.

Norma was also a bit of a jock at heart. She was a fierce competitor in the Cortez Park softball league in the 1970’s, and later a supportive coach during her daughter’s and niece’s years in the Cactus Wren softball league. She was a fun and fair leader, and generous with celebratory ice cream.

Norma was kind, steadfast, and loyal; you could not want for a better friend (unless you were facing her in a game of Yahtzee, at which you would be destroyed). She was always there to listen and provide comfort to those around her.  Hers was the very model of a life well lived.

Norma is survived by son David A. Cano (Michelle) and daughters Kathy Cano-Murillo (Patrick) and Theresa Cano; grandchildren DeAngelo and Maya Murillo; brothers Ronald (Linda) and Frank (Julie) Jauregui; and many nieces, nephews, and cousins, all of whom she adored.

Norma is interred at St. Francis Catholic Cemetery alongside her husband and parents Dora and Alfonso Jauregui, whom she joins in heaven.

In lieu of flowers, donations can be made to The Christ Child Society of Phoenix www.christchildphx.org in memory of Norma Jean Cano.

A celebration of her life will take place on December 18, 2021 Details are forthcoming.

Offer Hugs From Home Condolence for the family of CANO, NORMA JEAN