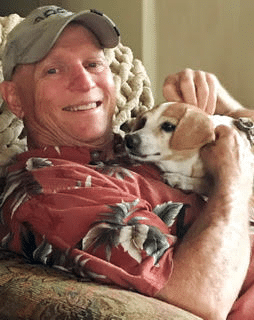 John Stewart Carlson, 67, left his home in Phoenix, AZ, for his eternal heavenly home on March 17, 2021. John was born on August 16, 1953 in Nogales, AZ, to Dr. John S. Carlson and Mrs. Marion (Stewart) Carlson. He passed peacefully with his wife at his side and surrounded by his loving family.

After years of landscaping work and medical sales, John found his passion and life’s work in public service. His Political Science B.A. from Arizona State University led to an Arizona Senate internship and ultimately 30 years of contributions toward efficiency and safety in Arizona Transportation. John retired as AZ Department of Transportation, Director of Government Relations in January 2020, while battling cancer.

John loved gardening, fishing, golfing, watching sports, and vacations in San Clemente, CA, with his family. In retirement, he treasured the time he spent with his wife, daughter, grandson, and family. They were the light of his life!

Missing John, and still on earth, are his wife, Heather, his daughter Kaitlyn (Roman), his grandson Harrison, his brother David (Lupe), and his sister Marcy (Brent). Also, his stepfamilies Holly (Barbara), Eric (April), Laurie (Mike), and John (Lisa); and Estelle, Zale, and Zeann; and nephews and nieces Bill, Jennifer, Matt, Mara, Lindsay and Blake; and many loving in-laws, friends and colleagues.

He joined his youngest grandson Graham, beloved sisters Wendy and Shauna, and his parents, in God’s presence.

A memorial service honoring John will be held in Oak Creek Canyon on Saturday, April 10, 2021 at 3:00 p.m. Family, friends, colleagues and neighbors are invited to attend virtually by joining online at: meet.google.com/tcx-vons-wbm
Condolences may be expressed at www.whitneymurphyfuneralhome.com

Offer Hugs From Home Condolence for the family of CARLSON, JOHN STEWART