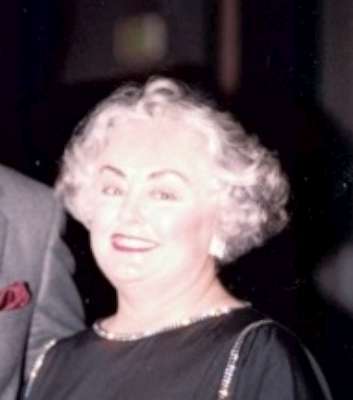 Jean Elizabeth Carpenter, 82, of Sun City West, AZ passed away peacefully on February 9, 2014 surrounded by her family. Jean was born in Chicago on July 20, 1931 to Douglas and Lenore Davidson as the eldest daughter of a hard working and loving family of seven. She was preceded in death by her parents, beloved brother Donald Davidson and grandson Evan Fischer. She is survived by her husband Richard, her children Steven, David, Mary, Anne, Douglas, her sisters Lenore and Anne, and brother, Douglas. Jean married Richard Carpenter in 1953 beginning a lifelong journey that would include five children, ten grandchildren and five great-grandchildren.

Despite earning a Chicago Art Institute Scholarship, Jean chose to follow her mother into nursing and in 1953 graduated from St. Francis School of Nursing as class president. Jean and Richard started their family adventure in Champagne-Urbana where Richard attended the University of Illinois and Jean worked as a nurse and also gave birth to Steven and David. Relocating to Tucson in 1957, Jean worked at local hospitals and became active in Tucson Community Theater, playing in Dam Yankees. According to Richard, in her spare time she gave birth to Mary and Anne. In 1962 they moved to Santa Maria, CA where son Douglas was born. Within a few years Jean still managed to be active with the Santa Maria Community Theater. Jean and Richard moved to Fremont, CA in 1967 where Jean worked as a Director of Nursing at a skilled care center and later as home health and hospice nurse. Jean would never allow any situation to keep her from seeing her patients. She was respected and loved for the compassionate care she gave to her patients and their families. She enjoyed her time with Fremont Community Theater especially the productions of Oklahoma, You Can’t Take It with You, and The Princess and The Pea. Jean traveled with the cast to Japan as part of a cultural exchange program. Jean also served on the Fremont Architectural Review Board. They retired in 1992 and moved to the Colorado Springs area where Jean became a docent at the Colorado Springs Fine Arts Center. She especially loved hosting the annual festival of Native American Art. Jean will always be remembered for her infectious smile and her suitcases full of Native American jewelry! They moved to Woodland Park, CO in 1993 where she participated in many activities at Our Lady of the Woods Catholic Church. Jean worked to bring Habitat for Humanity to Woodland Park and was active in the selection of home recipients. Over the years Jean and Richard enjoyed many travels: her beloved Yosemite, the Klamath Falls, Hawaii, and several trips to Europe. Jean never missed an art museum or cathedral and she passed on her appreciation for art and spirituality to her children and grandchildren. Jean was never more content than when she was surrounded by her family and grandchildren playing cards, Zilch, enjoying family meals and sharing family stories. She also loved being up to her elbows in dirt and fish oil tending to her beloved plants and garden. Jean will be dearly missed by her family and friends, but they know that God has another angel in Heaven and the flowers must be more beautiful than ever now that she has arrived!

Offer Hugs From Home Condolence for the family of CARPENTER, JEAN ELIZABETH