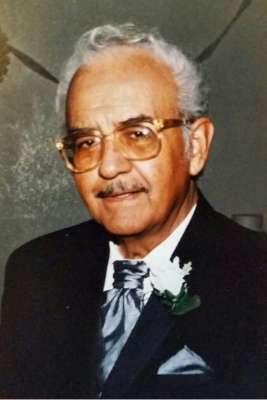 a man who gave so much to so many, 87, of Phoenix passed away on January 26, 2015.  He is survived by his wife Evangelina of 62 years, 7 children; Fernando, Margaret, Victor, Mark, Theresa, Anita and Linda, 10 grandchildren, 14 great grandchildren and 1 great-great grandchild.  Salvador was the oldest of 7 siblings; Lupe, Benito, Marcelino, Manuel, Hortensia, Michael and Tomasita.  He retired from the City of Phoenix after 23 years as a Parks Supervisor.  A Funeral Mass will be celebrated at 10:30am, Thursday, January 29, 2015 at St. Mark Catholic Church, 400 N. 30th Street in Phoenix.  Arrangements entrusted to Whitney & Murphy Funeral Home.

Offer Hugs From Home Condolence for the family of CARRILLO, SALVADOR