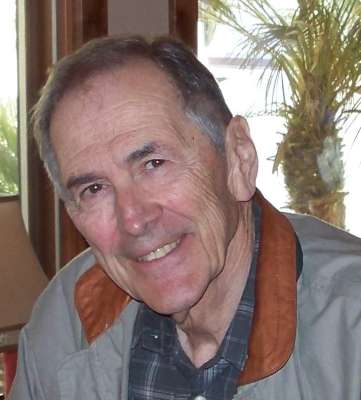 Dr. Carlos Alfredo Carrion, MD, passed away on July 22, 2015. Carlos was born on March 15, 1933, the son of Dr. Carlos Jorge Carrion and Argentina Torres de Carrion, in Buenos Aires, Argentina. His father and his maternal grandfather, Dr. Melchor Torres, were medical doctors. Carlos became the third doctor in the family when he graduated from Universidad de Buenos Aires, Facultad de Medicina, in 1955. He married Elina Bettinelli in 1957. He went to the United States to further his medical education on a three year student visa. At the conclusion of his general surgery residency, he and his family returned to Buenos Aires, Argentina. He worked as the company doctor for a French oil company in Patagonia. He returned to the United States and completed his neurosurgery residency at West Virginia University Hospital in 1970. That same year he became a naturalized citizen of United States. After considering where to begin his practice, he chose Phoenix, Arizona for the wide open spaces and the people. He performed most of his surgeries at St. Joseph’s Hospital. When he closed his private practice, he became the Chief of Neurosurgery at the Maricopa County Medical Center. He enjoyed his work, helping patients and teaching new doctors. Outside of his work, he enjoyed reading classics, building model boats, traveling, spending the summers in Coronado. He took great interest and delight in the life of his children and grandchildren. After 36 years as a neurosurgeon, he retired. He is survived by his children and their spouses, Daniel (Judy) Carrion, Alejandra (Rick) Stark, and Patricia Ragsdale; grandchildren, Andrea Ragsdale, Alexander Ragsdale, Nicholas Stark (Emily Frank), Elina Stark, Matthew Carrion, and Caitlin Carrion; and great-grandson, Oliver Stark. His remains were returned to his country of birth and he was interred next to his first wife, Elina, in the family mausoleum in Buenos Aires. A memorial service will be held at Brophy Chapel on September 26, 2015 at 10:00 AM. Arrangements entrusted to Whitney & Murphy Funeral Home.

Offer Hugs From Home Condolence for the family of CARRION, CARLOS ALFREDO MD