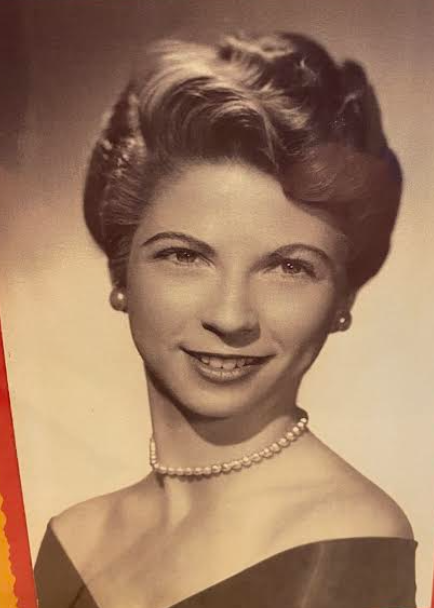 Marcia Carrocci, 86, of Scottsdale, passed away on January 23, surrounded by loved ones.

Marcia was born on March 26, 1936, to Paul and Fannie Sgutt in Minot North Dakota. When she was 8 years old, Marcia moved to Tucson Arizona with her family due to her father’s health. After graduating Tucson High in 1954, where she flourished and was a member of the tennis team and dance squad, Marcia went to New Orleans to attend Sofie Newcomb –the Jewish Women’s collage at Tulane University. It was there that she met her first husband, Frank Aries. They were married and moved to his hometown of Chicago where her first son, Jonathan, was born. Shortly after that, they moved to Tucson where her two other children, Jennifer and Philip arrived. And even though motherhood was a joy for her, she wanted to experience having a career. Her first job was as a model for an elegant women’s store, and she got her first taste of having a life outside the home and the rest is legendary.

Marcia decided that she wanted a full-time job and loved the idea of having some financial independence as she was never one for asking permission or being dependent on anyone. So, she had a friend who owned a radio station in Tucson, KAIR, and Marcia was hired to answer the phone and be stationed at the front desk…well she was terrible at the job and instead of firing her, they did the next best thing and decided to move her in the all-male sales department and thought that she would quit on her own. But to the huge surprise and benefit to both…Marcia excelled. She not only broke the glass ceiling – she shattered it, and the first female media sells rep had arrived. And in true Marcia style, she not only opened the doors to other women, but she also pulled them through it. She was the official pioneer and role model for women across the country. Today the field is dominated by women, and it is truly thanks to her. When women asked her how she knew that she could do the job, she would always reply with, “I didn’t know that I couldn’t”.

Not long after, Marcia rekindled a beautiful love story with her high school sweetheart, David Carrocci, and created one of the original blended families in 1968. Marcia and David relocated to Minneapolis to start their new life together and Marcia didn’t miss a beat and went down to the local acid rock radio station and became the top seller at another all-male sales department in a top 100 market. From there she was recruited to sell for WCCO, the CBS television affiliate in Minneapolis and once again she broke through the gender barrier and became one of the first women to sell television advertising in the country. She enjoyed her career and was the best of the best in her field.

Marcia & David were happily married for 40 years and provided a wonderful example of what a loving relationship was and how to balance jobs, kids, and their partnership. And everywhere they went from Tucson to Minneapolis, Corpus Christi to Denver and Salt Lake City to finally land in Scottsdale, making friends and building wonderful relationships all along the way.

Marcia was also an avid golfer, hiker, traveler, and adventure seeker. She had a passion for the arts of all kinds, she loved going to concerts, plays, restaurants and being with friends and family. She would print out a monthly calendar and post it on her refrigerator with all her activities (normally 3-4 per day) so that she could get the most of every day.

Marcia was fearless, she was brave, and she was smart, but mostly she was kind, loving, optimistic and generous. She was the first person to bring you soup when you were sick or take you to airport if you were going somewhere. Marcia was a friend that a friend would like to have. She gave love and she was loved. She was an original and a giant and she leaves a big hole in our world. She will be dearly missed by her children, Jonathan, Jennifer and Philip and her stepdaughter, Toni Rainey, her grandchildren, Savannah, Aries, Jacob, Julianna, Richelle, Mathew and Noah, her sister Vera Taicher and all her many friends and colleagues.

The family requests that in lieu of flowers, a donation be made to a charity of your choice. She was passionate about helping kids learn English and Planned Parenthood. Condolences may be expressed at www.whitneymurphyfuneralhome.com

Offer Hugs From Home Condolence for the family of CARROCCI, MARCIA