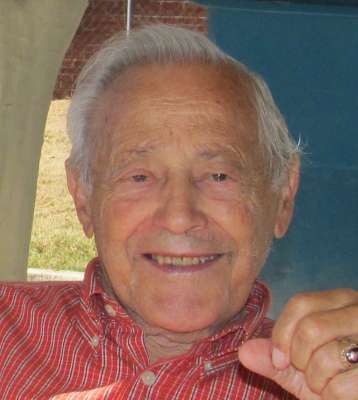 92, of Phoenix passed away on August 21, 2016 at the age of 92. Vito was born in Scranton, PA and moved to Arizona in 1962. He served in WWII from 1943-1946 as a member of the Army Air Corps and was stationed in Europe. Vito was a watch maker by trade and later owned his own jewelry store until retirement. He is preceded in death by his parents Josephine and Nicola Castellano and his dog Doogie. Vito is survived by his wife Frances, daughter Debra Snodgrass, son Nick, granddaughters Kelly Weisenberger and Candace Harris and sisters Marie Liburdi and Carmella Valvano. He is also survived by many loving family members and friends. Vito was a loving father and grandfather. He left a lasting impression on everyone he met and will be sorely missed. Visitation will be from 9:00 A.M. and a Funeral Service at 10:00 A.M. on Friday, August 26, 2016 at Whitney & Murphy Funeral Home, 4800 E. Indian School Road, Phoenix. In lieu of flowers, contributions can be made to the Cure Alzheimer’s Fund at www.CureAlz.org

Offer Hugs From Home Condolence for the family of CASTELLANO, VITO