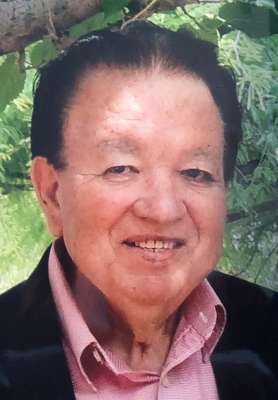 Daniel G. Castro of Mesa, AZ passed away peacefully to be with the heavenly father February 29, 2016. He was the beloved husband to Nellie M. Castro for 47 years. He was a long time restaurateur with most knowing him from El Guapos in downtown Scottsdale. He was a member of the Knights of Columbus and also a member of H.O.P.E. with assisting the poor as well as a Perpetual adorer. He is survived by his wife Nellie and son Robert and is preceded in death by his son Xavier. He was loved by many from the Castro, Garcia and the Hernandez Family and his Tia Concepcion Garcia. Viewing will be held this Monday, March 7, 2016 at Whitney & Murphy Funeral Home, 4800 E. Indian School Rd. Phoenix, AZ 85018 from 6:00pm to 9:00pm with Rosary beginning at 7pm. Funeral Mass will be celebrated Tuesday, March 8, 2016 at 10:00am at Christ the King Roman Catholic Church located at 1551 E. Dana Avenue, Mesa, AZ 85204. Interment will be at St. Francis Cemetery located at 2033 N. 48th St, Phoenix, AZ 85008. Memorial contributions may be made to Hospice of the Valley or American Cancer Society.

Offer Hugs From Home Condolence for the family of CASTRO, DANIEL G.